I've had a pretty busy weekend thus far. Luckily it's a three day weekend for me, otherwise my hermit-like nature would rebel that I didn't have a single day to myself.

On Saturday I drove out to Virginia for the DCMQG meeting. It was one of our longer sewing days. Unfortunately, I got a late start, and then almost ran out of gas in the middle of DC. Finding a gas station while on the highway driving through the middle of DC is a crap shoot at best, so I just hoped that my gas would last until I got well away from the Pentagon. Somehow I don't think they're too keen on having anything flammable too near that building. Luckily I did in fact make it to a gas station, but I got there an hour after the meeting had started.

During the meeting we discussed the upcoming quilt show at the Anacostia Arts Center and a few other points of business. We also took really nice pictures for the quilt show submissions. I brought in my Riley Blake quilt as well as my Snowed In quilt to show to the group and had the Riley Blake quilt photographed. 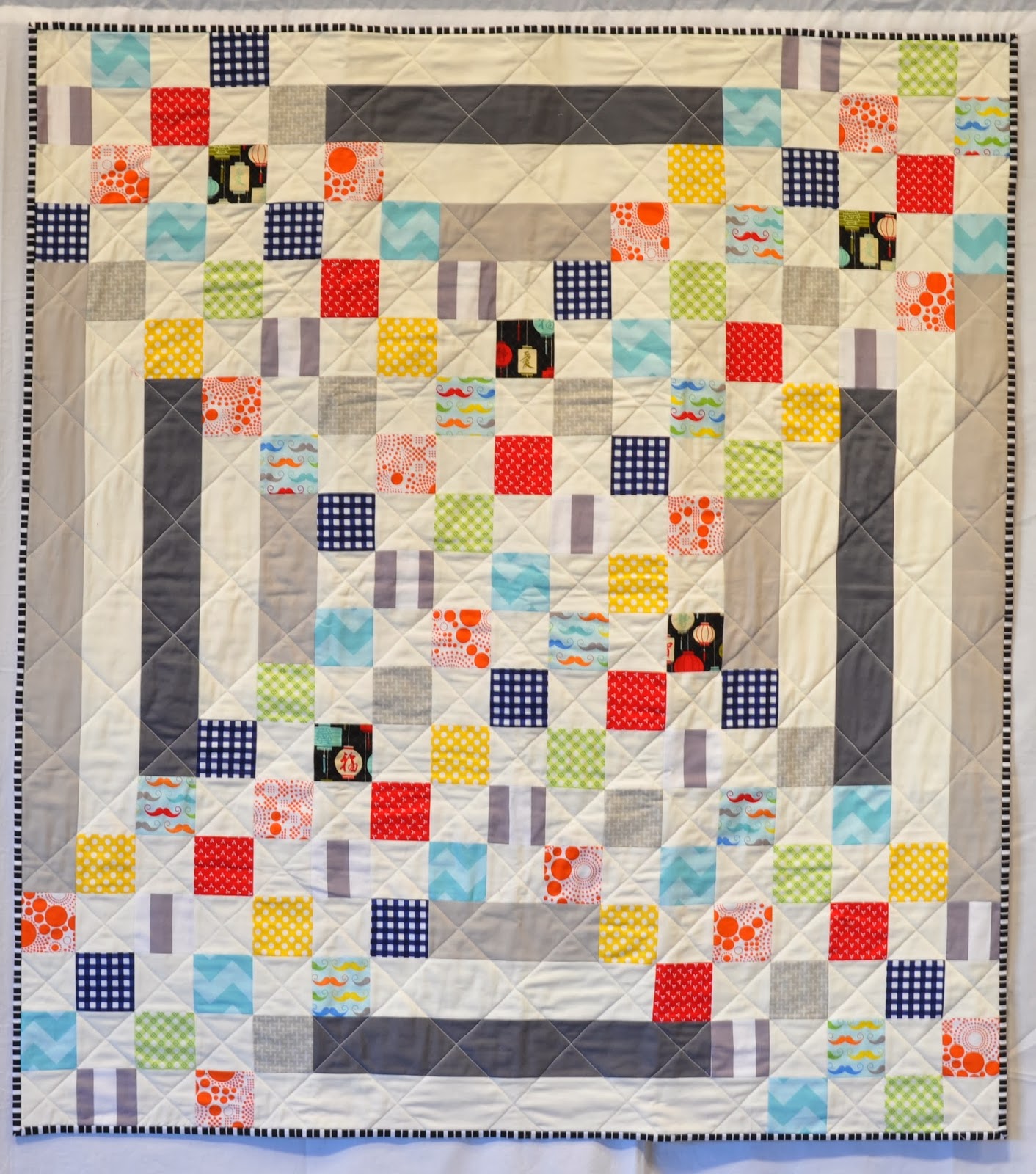 The pictures were taken pinned against a white sheet with a camera on a tripod. I've never had a picture that displayed my quilt so nicely (flat, no feet/fingers, etc.). I am really hoping it gets accepted into the show.

Some other quilty highlights: 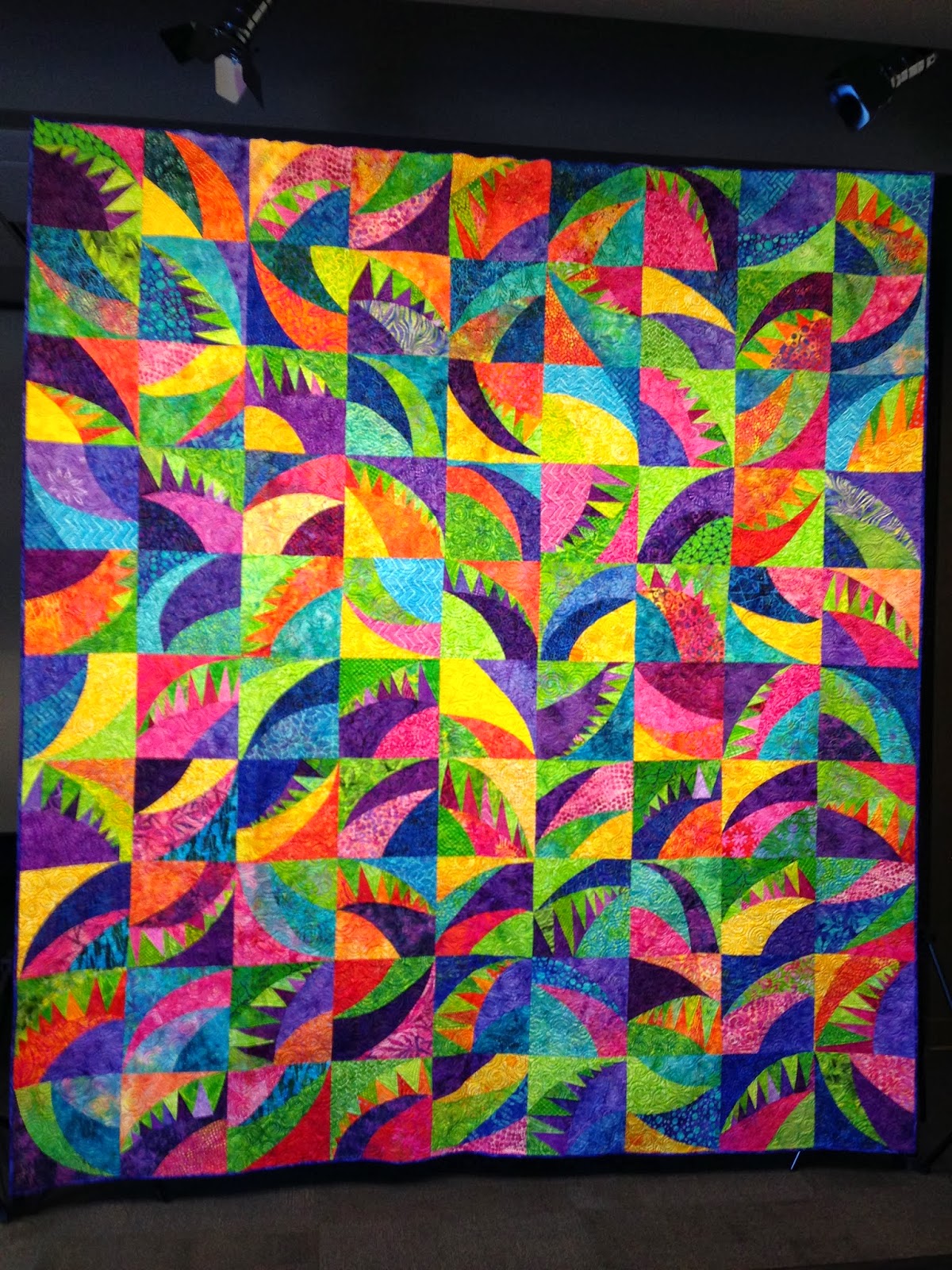 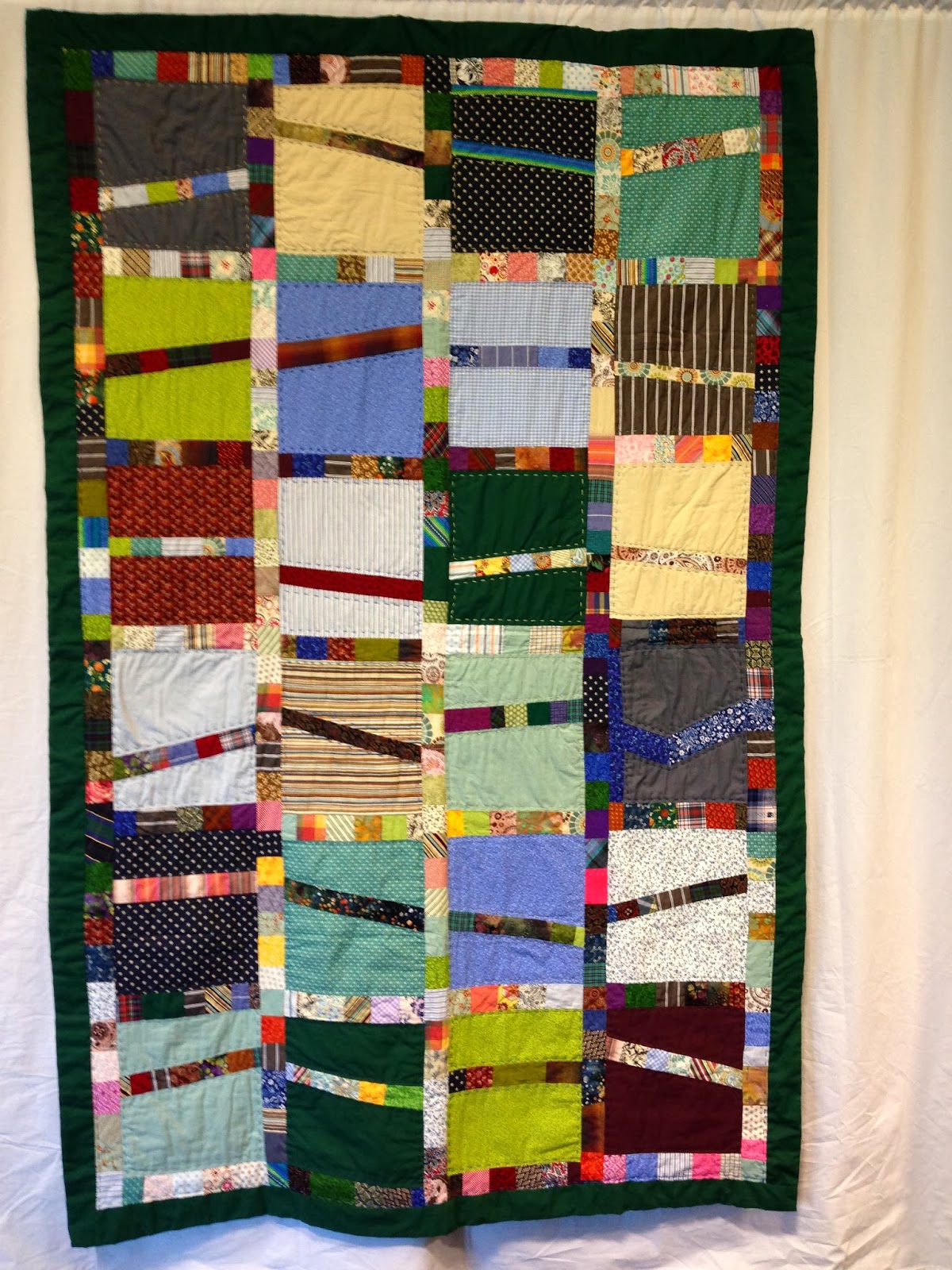 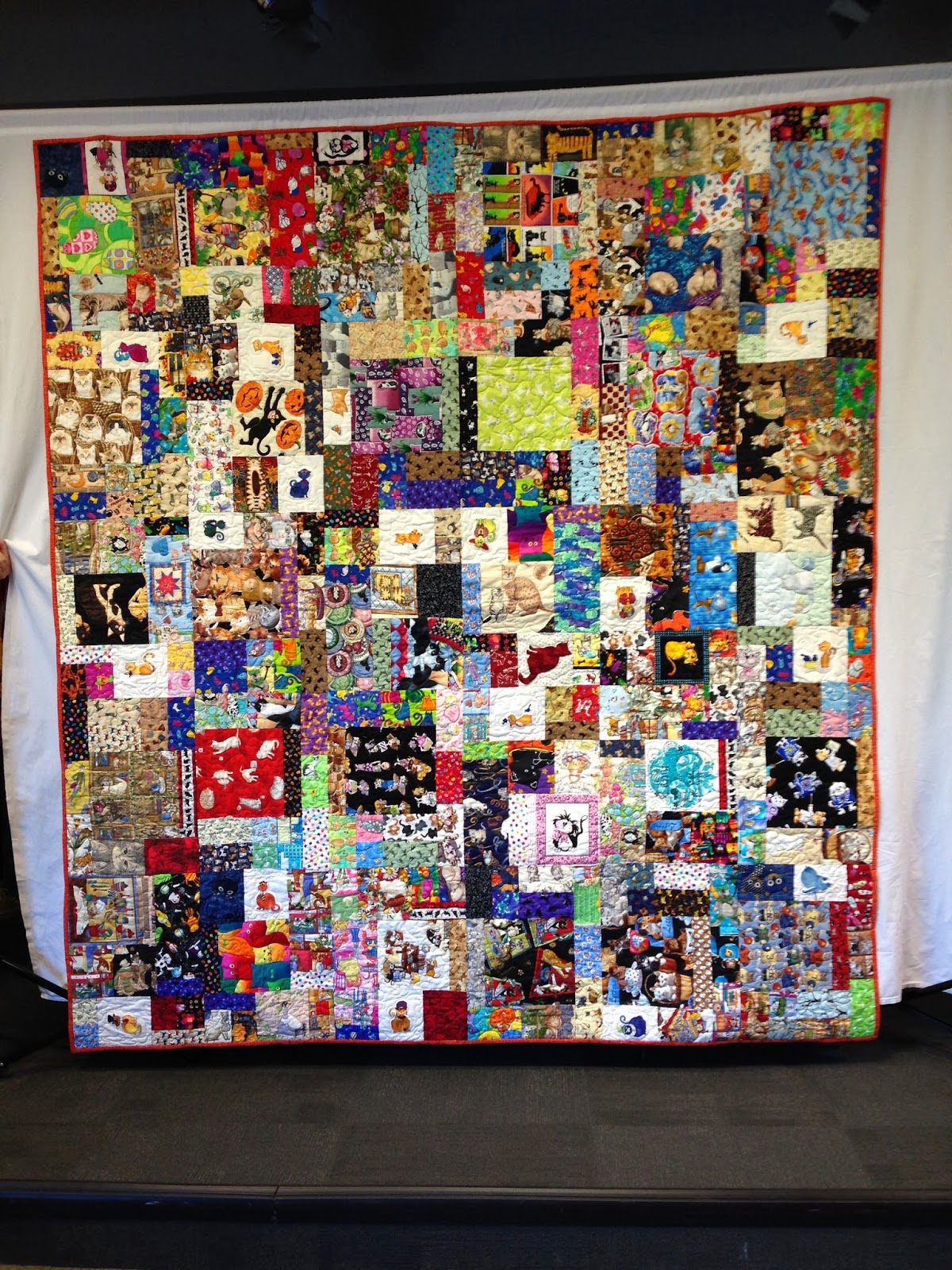 I also got some sewing done. In fact, I'm happy to announce that I finished the top of the Community Quilt. 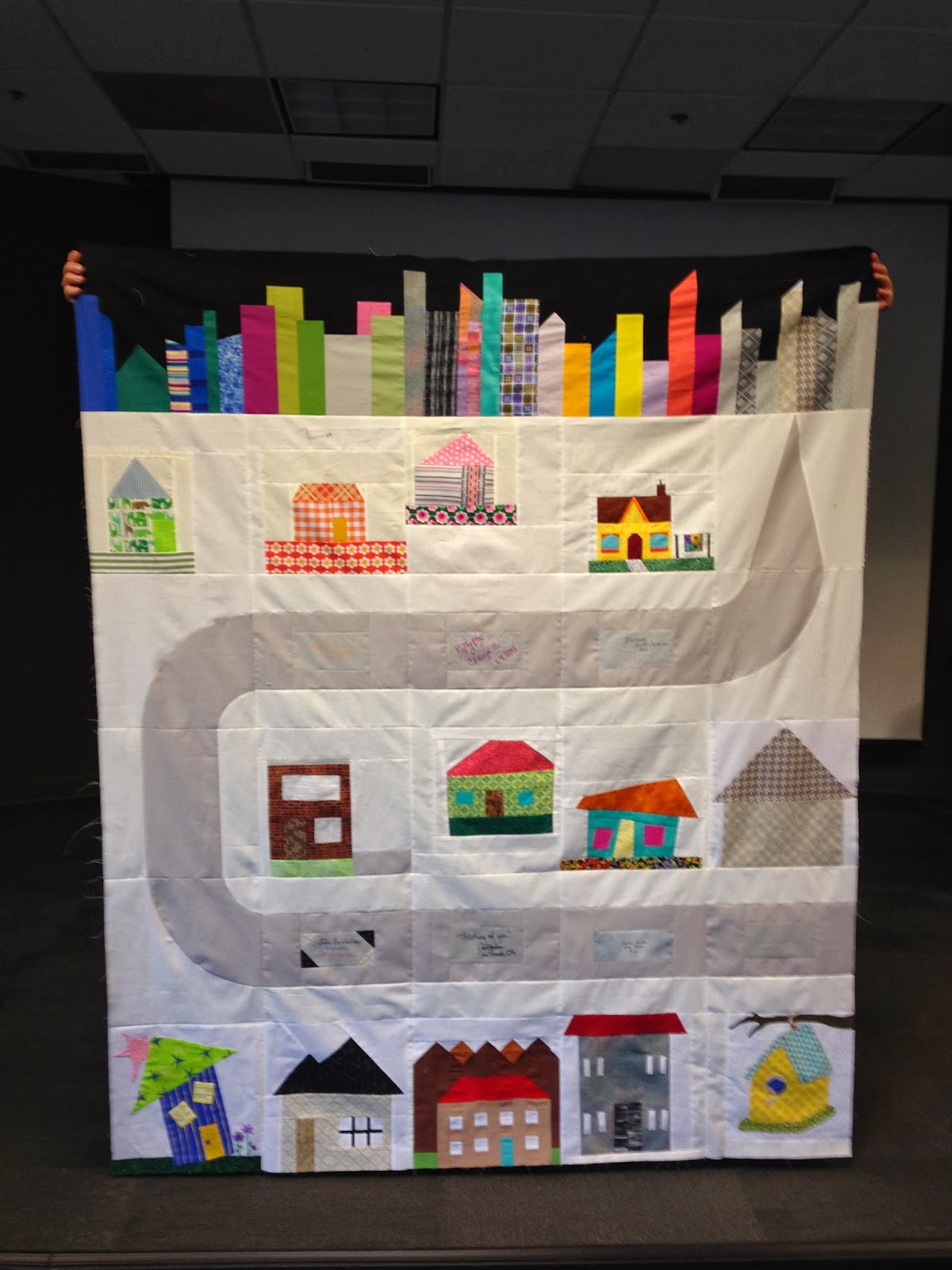 Pretty proud of how it turned out. I also managed to figure out a way to keep the signature blocks near the houses that people made. I just need to sign the road piece next to the house block I made. Even though people sent me signature blocks on all sorts of greys, it worked out just fine. Just like the whites that aren't all Kona Snow. Especially once it's been quilted, I doubt anyone will notice. My design, but I'm thankful that so many people chipped in to make the blocks.
Posted by Anna at 1:17 AM