I have been working on my bee blocks lately. In between I am also working on an HST baby quilt, which is my first commission piece, but I'll do a separate post for that (I may wait until it's done though). 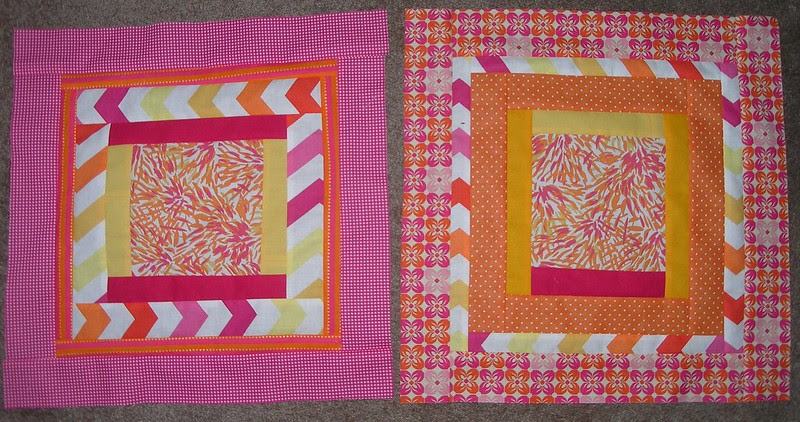 My first finish was the January blocks for Color Bee Shocked. It is based on a tutorial for modified bento box blocks found here. I had asked our Queen Bee to send me fabric for two blocks. Unfortunately, she had a bit of a mishap when cutting and sending fabric, so I didn't actually have enough for both. I made it work and only had to use my own fabric for the very outer layer and the non-yellow solids in the second layer. I thought they turned out pretty good and by the second one my seam allowances had gotten so good that I think I actually ended up with a 16" square block. The left block has Kona Pomegranate and Tiny Gingham in Fuchsia by Michael Miller in the outer ring and the left has Kona Papaya and Pomegranate and in the outer layer: Square Petal in Tangerine from Notting Hill by Joel Dewberry. 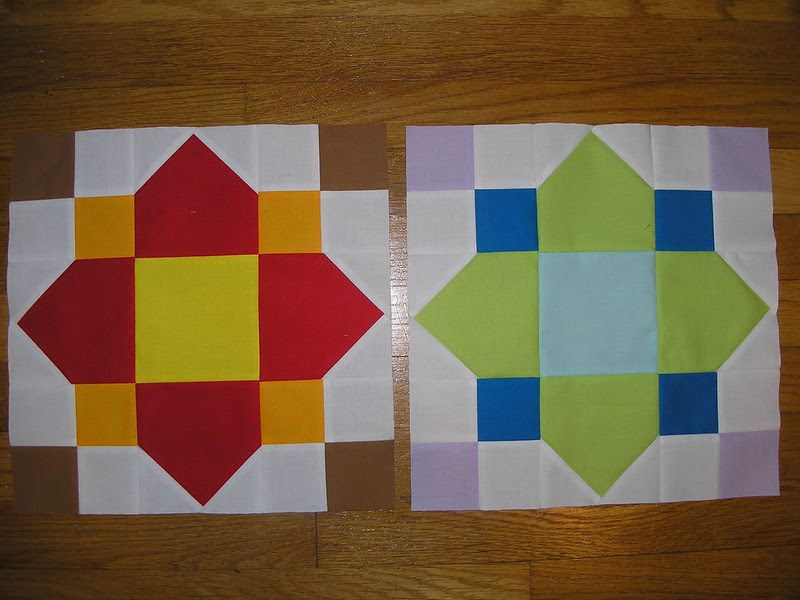 Next up are the January Quatrefoil Blocks for the HOPE do.good Stitches bee. The tutorial is here. For the left block I used Kona White, Poppy, Citrus, Papaya, and Earth. For the right I used Kona White, Thistle, Pacific, Aqua, and Sprout.﻿
﻿
Posted by Anna at 11:17 PM 2 comments: