So my hubby had an idea to get me motivated to make my September bee blocks and it totally worked. He told me to start by sewing my sister's baby quilt, which is what I'd wanted to do, and then switch to the bee blocks. And it totally worked! Not only did I get further with my sister's baby quilt (all the blocks are now sewn into rows), but I also made two blocks for the September queen bee (a bit late, but not as bad as August). 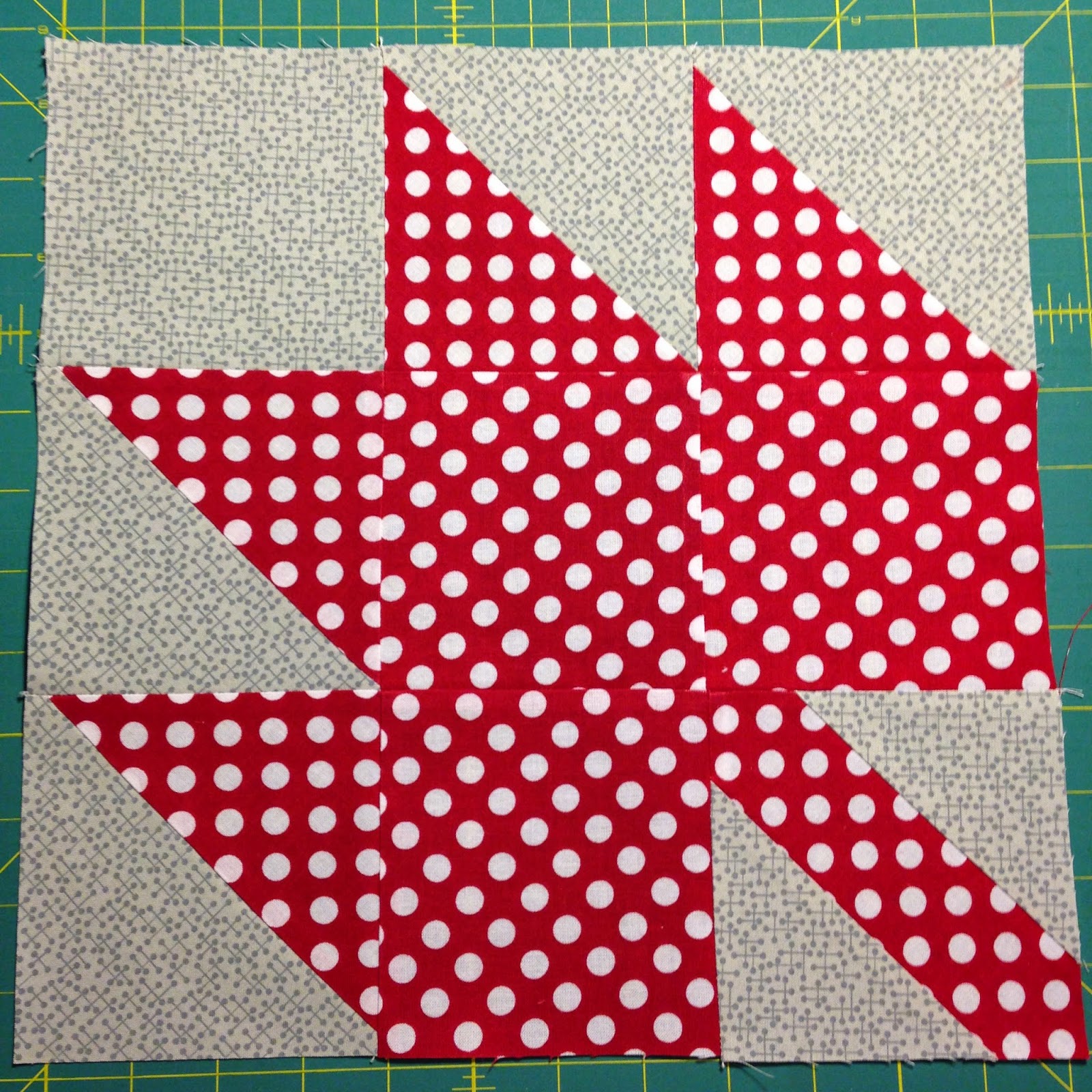 I really enjoy how they turned out too and I got them in the mail the next day. Whee! The tutorial for the block can be found on the Stash Bee blog here. 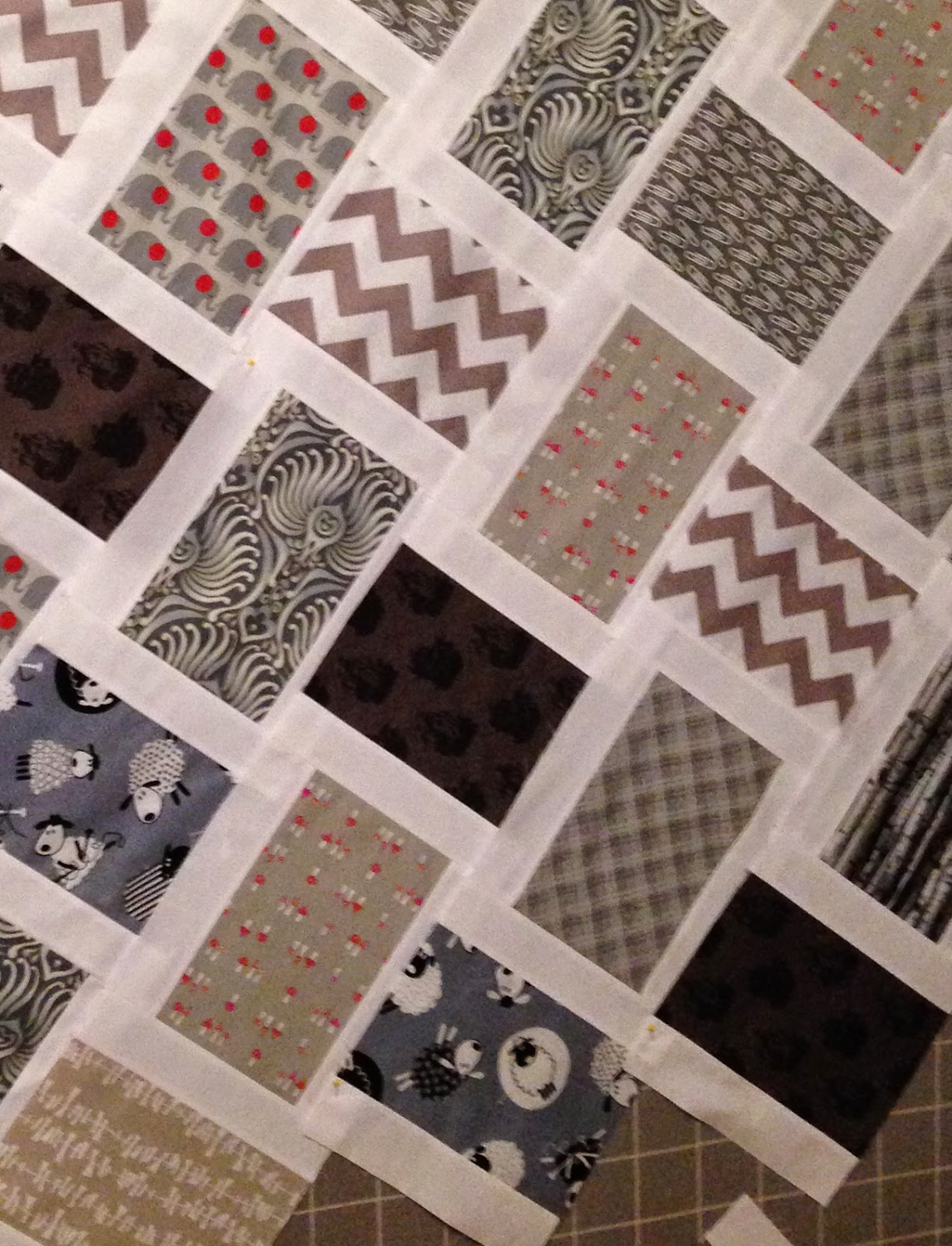 Progress shot from the baby quilt with all of the navy or magenta removed. I really hope I can use my long weekend to finish this quilt. I'm starting to get a little worried.

Here is my other work in progress: 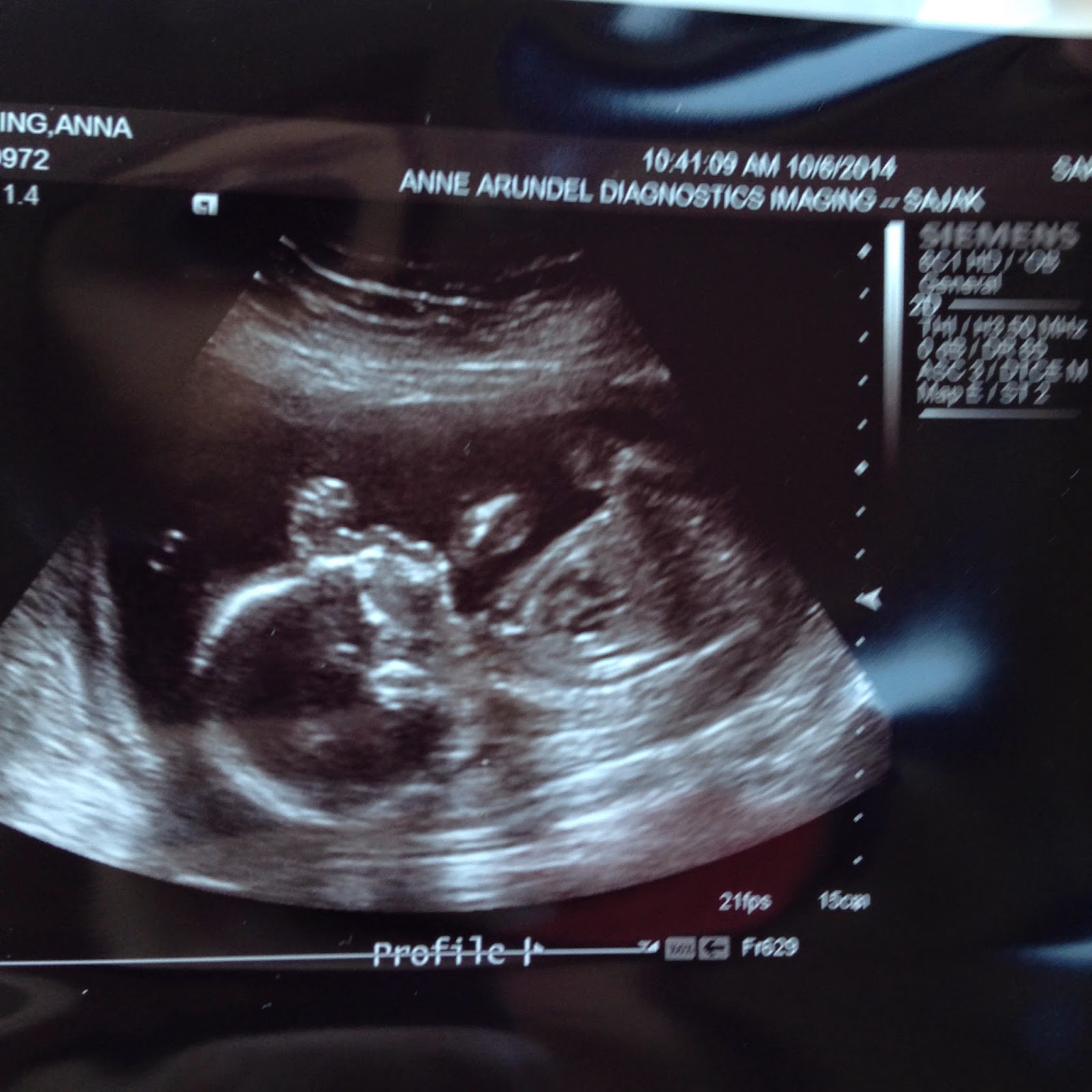 The seedling had its 20 week ultrasound this week, but wasn't cooperating. So we know neither the sex (even though we didn't want to know, the ultrasound tech seemed to think it was a big deal that she couldn't determine this) nor could the tech get a good picture of the heart. However, the heart appears to be beating just fine (we saw it beating and she measured the heart rate), she just couldn't get a clear shot.

I'm getting more and more excited about our trip to Michigan next weekend and the chance to see my sister and have a joint baby shower with her.
Posted by Anna at 2:20 PM 1 comment:

Back to Sewing - Yay!

I now have more energy (although it still deserts me occasionally) and I have rediscovered my quilting mojo! Something about deadlines brings out the overachieving procrastinator in me. I am currently working on a baby quilt for my little sister, Claudia (she's about six weeks further along than I am and all of a year and a half younger). We're having a joint baby shower in Michigan in three weeks, hosted by my brother's wife, Molly (have I mentioned how awesome all of my sisters are, related and in-law, I have another awesome sister on my husband's side, Rachel, and I'm about to get a fourth sister, Jess, once his younger brother marries). I also had to wait until last Friday to find out what Claudia's having, because she wanted either navy blue or magenta depending. I will not disclose what she's having and you'll have to wait to see the finished quilt until after she's ready to go public, but I can show you the pattern I'm working on and some of what I've done so far. :) 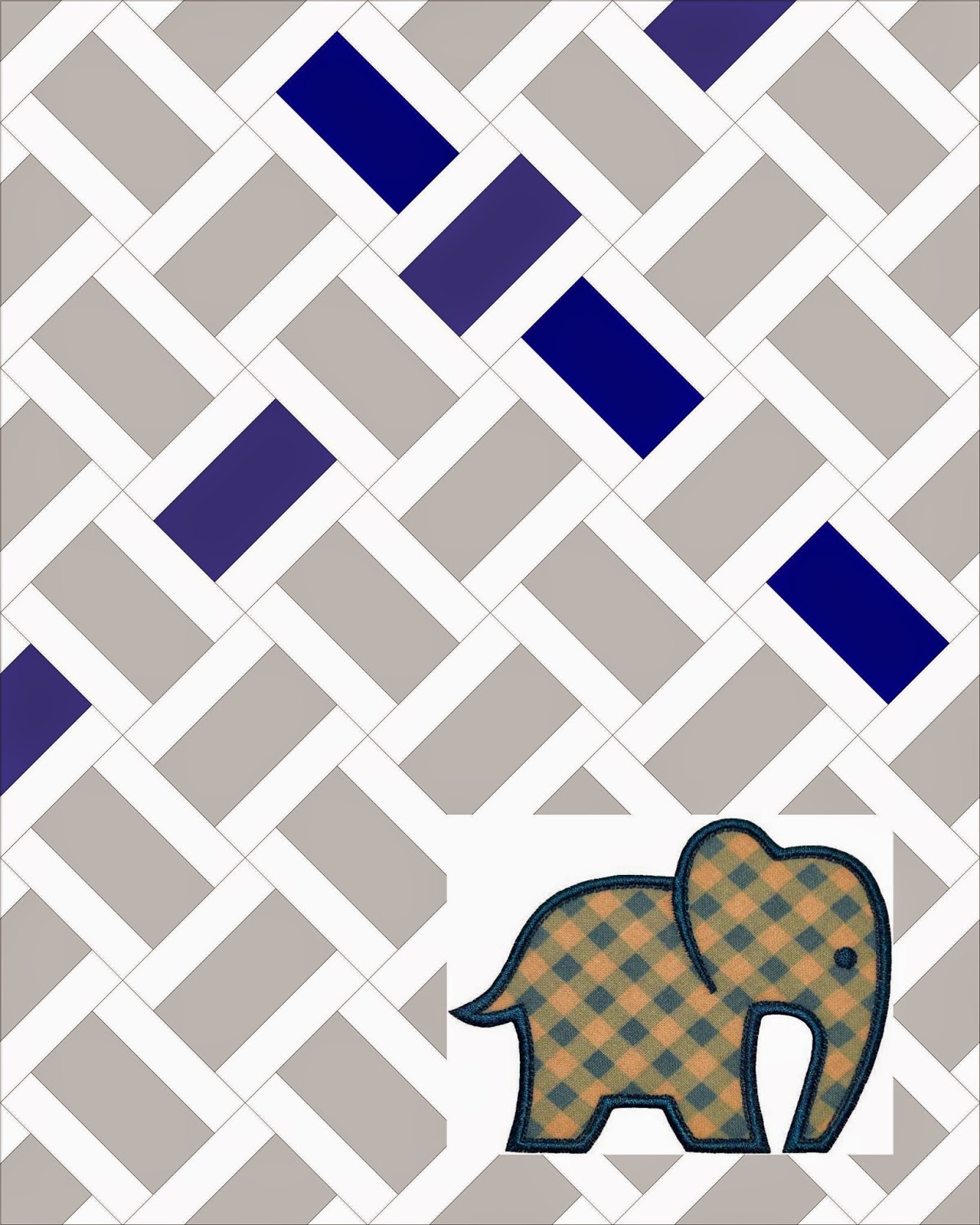 So here's my pattern, the elephant will have two birds on its back. And the stripes will either be magenta or navy. I'm using blue and green or magenta and yellow for the elephant and birds for some contrast. The pattern is based on a grey and white rug my sister bought for the nursery and also matches her grey and white crib sheets. 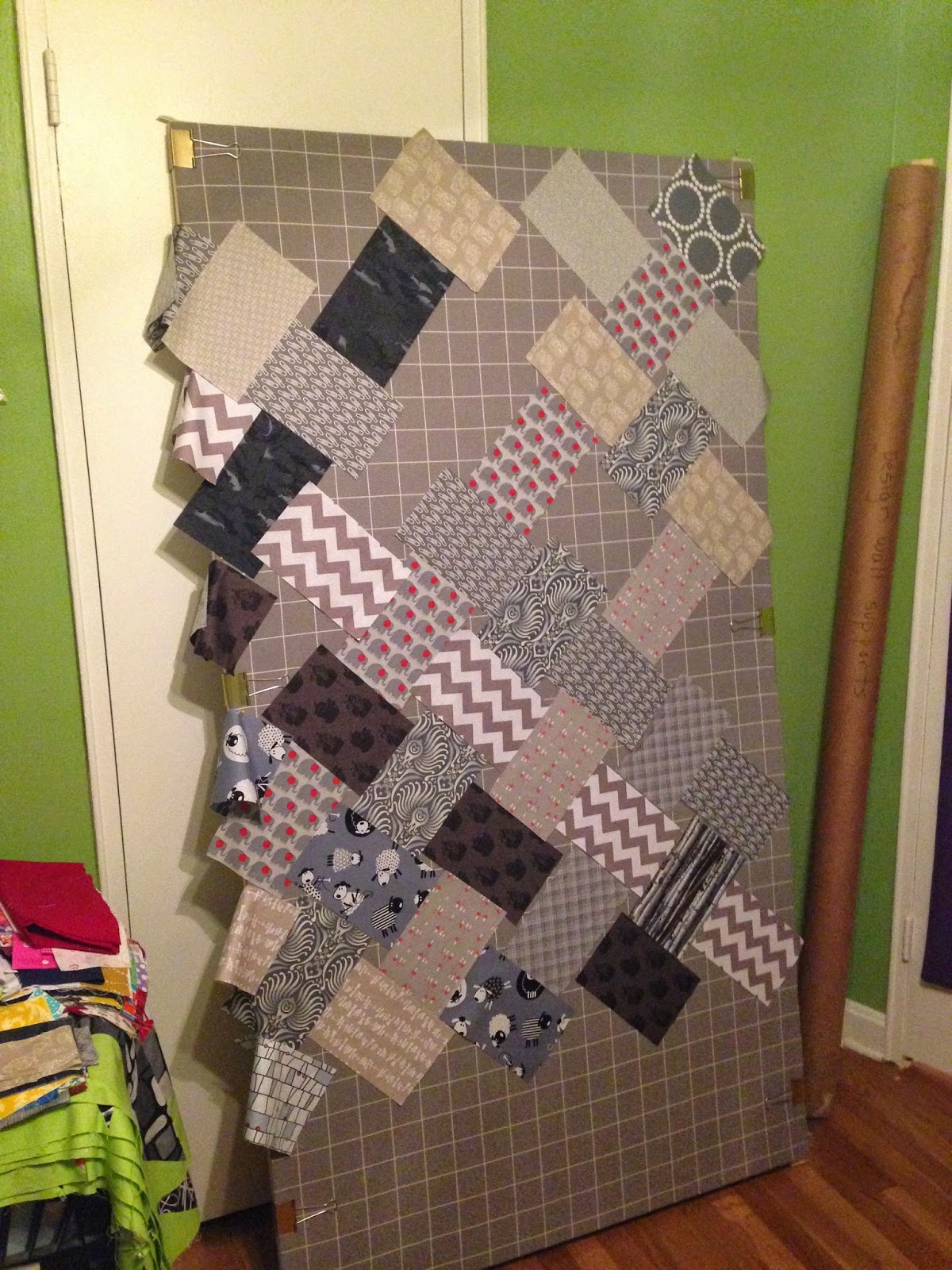 And here are all the grey pieces cut out right before I added the colored stripe pieces. I have now cut and sewn on all the white border pieces (each block is 8.5" unfinished) and have started joining the blocks into rows. The white makes things so much lighter and more playful. Just the grey by itself looked a bit somber for a baby quilt, so I'm glad that's working out.

I also managed to get started on the For Pinks Sakes quilt at my last DCMQG meeting. Finally! 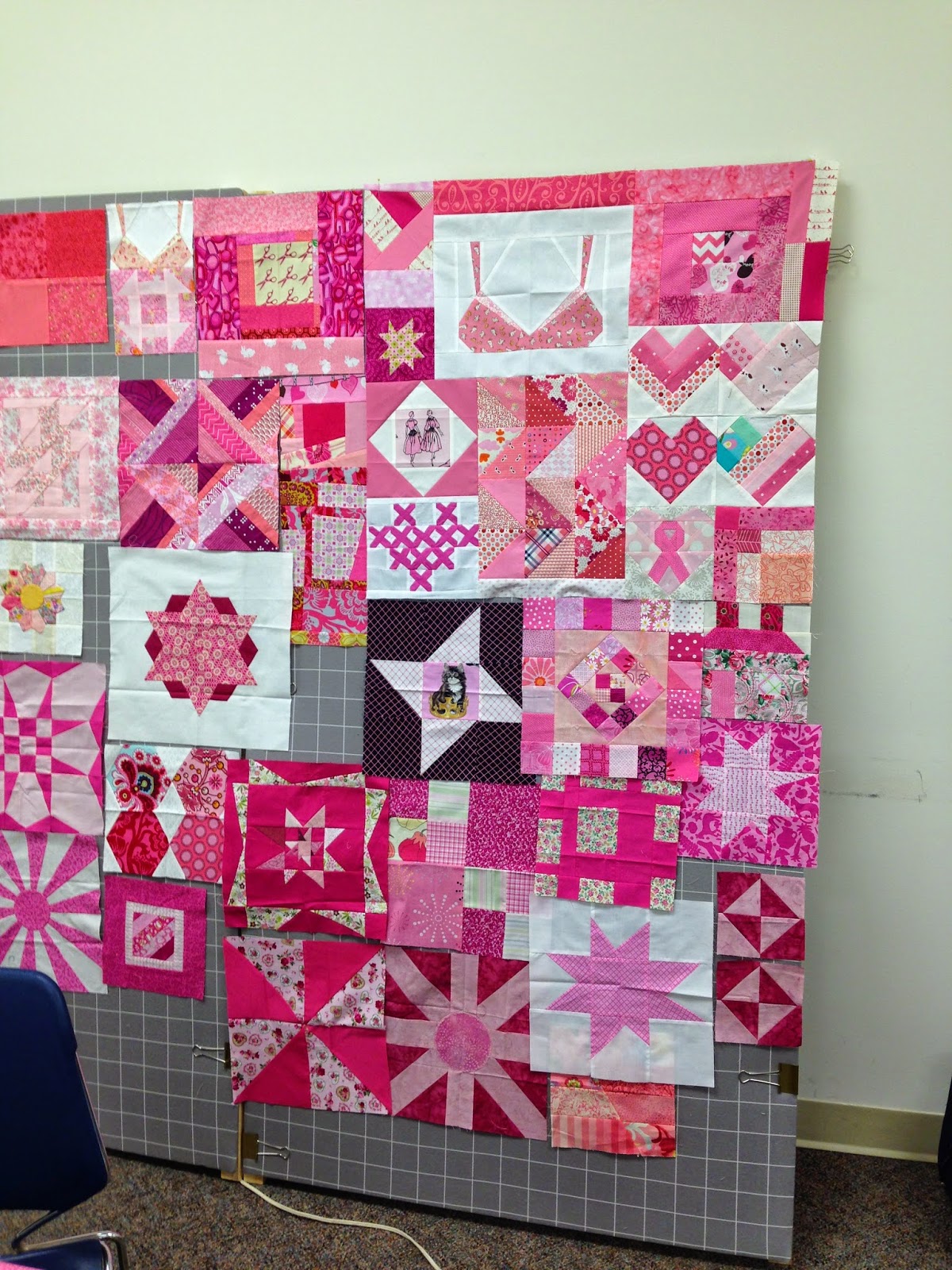 I got so many great blocks, that I'm thinking a queen sized quilt is in my future. I have already managed to patch together the top right corner section and since that encompasses some of my favorite blocks, may end up building around that as a sort of center medallion instead of the layout I currently have on those design walls. There's more to the left of that as well. I tried to pull out at least one block per person, and will grab more as I need them. I've also trimmed and reassembled one or two "extra" blocks to make things fit, but for the most part I'm hoping to keep them intact. It was a great sewing project to work on during our September guild meeting, which was dedicated to making quilts for charities. I also made a wonky star block to contribute to a group quilt. 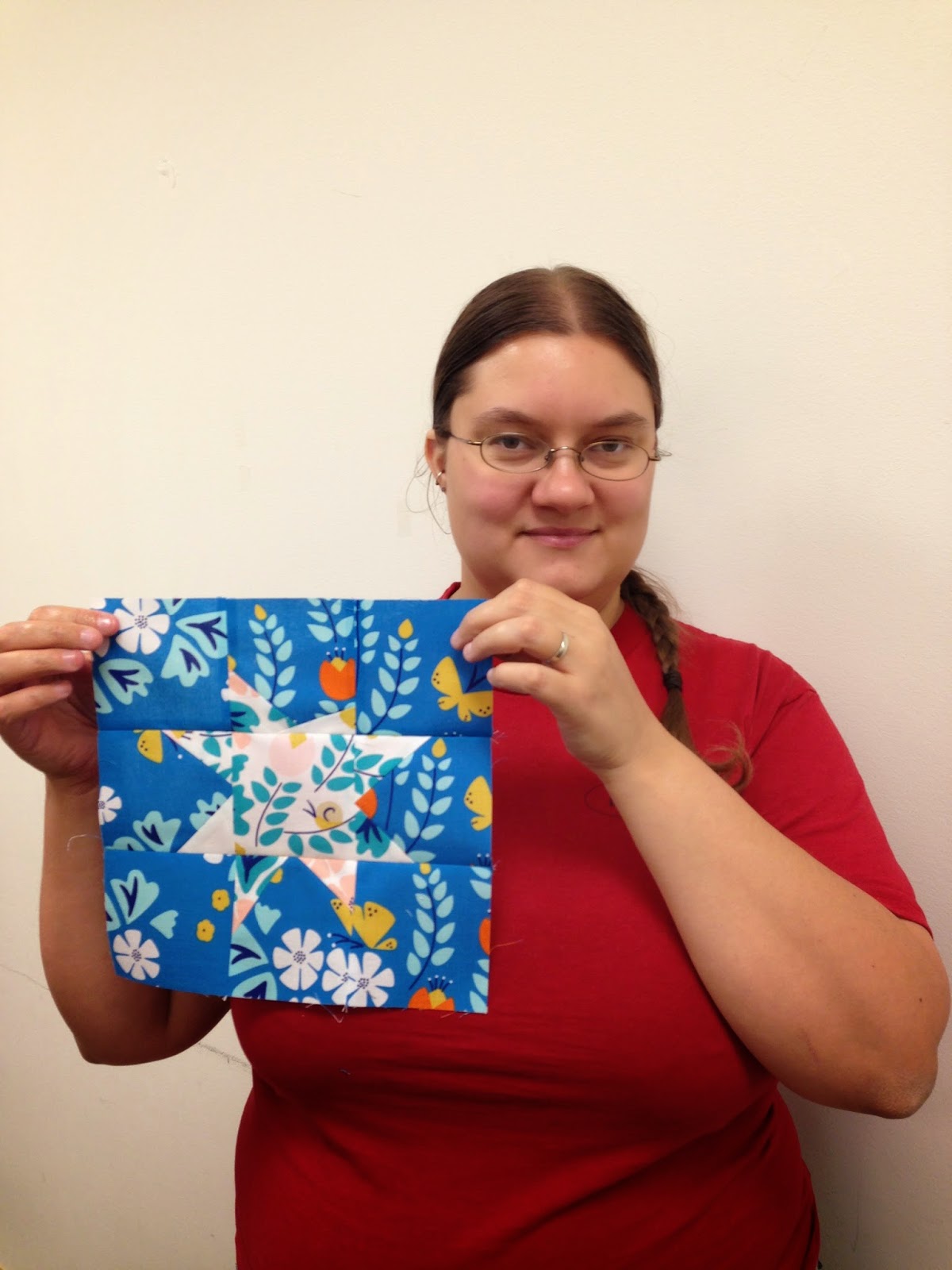 Yup, that's me in all my pregnant glory. By which I mean, you can't see jack all in this picture. :)
And last, but not least, I actually took pictures of my August Stash Bee blocks before sending them off. They were done well before the end of the month, but it took me halfway through September to actually send them off to the Queen Bee. Luckily most of the people in our group are not in a rush to get their quilts done. 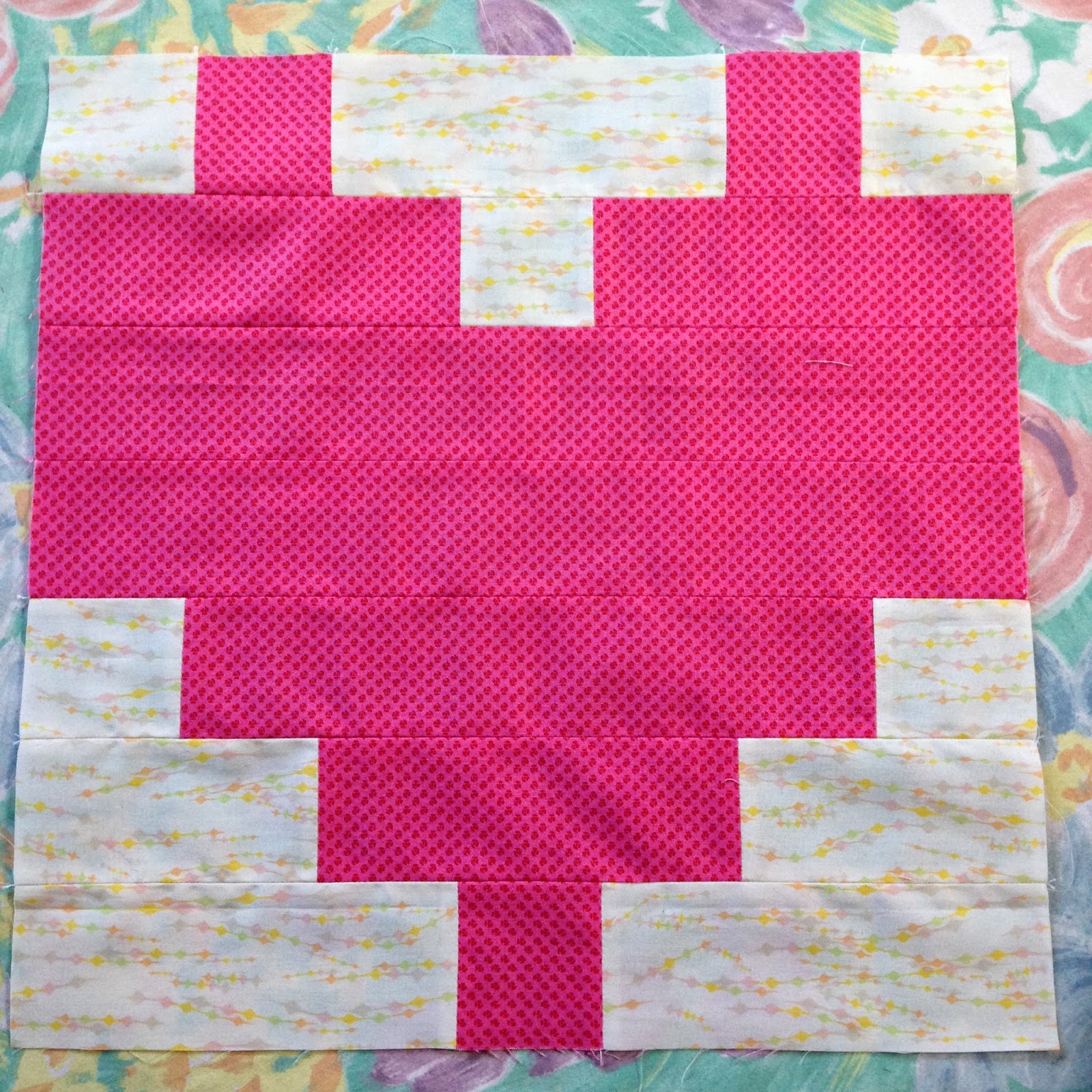 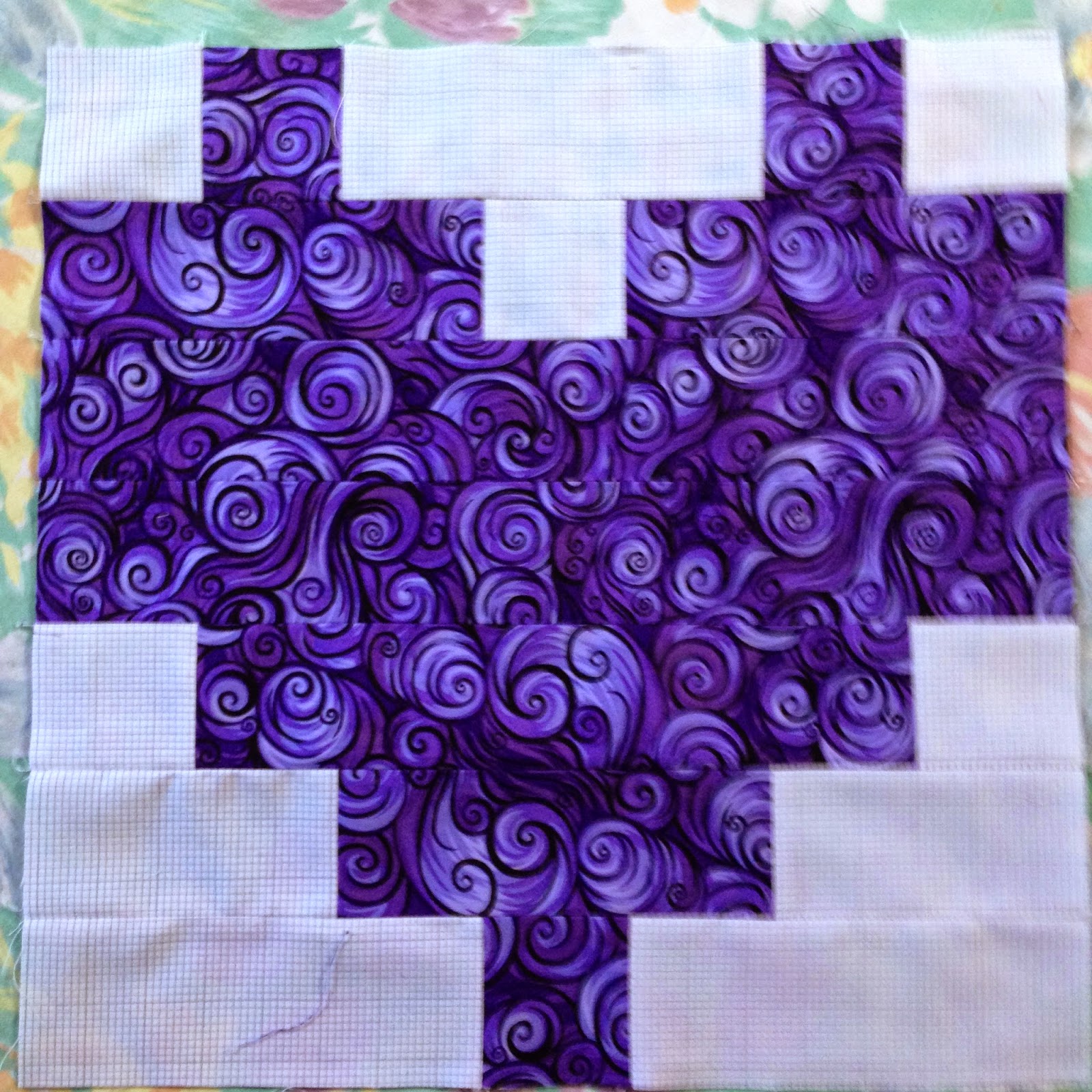 Hope everyone is enjoying the fall weather as much as me!
Posted by Anna at 11:06 AM 1 comment: