Well, let's see how I did with my February goals.

My goal for February was to finish the community quilt.

I made it! I put the finishing touches on the binding tonight. :) Now all that's left is to write a letter explaining why we made the quilt and then send it all off. A longer explanatory post to come when I'm relatively certain the package has reached the intended recipient. 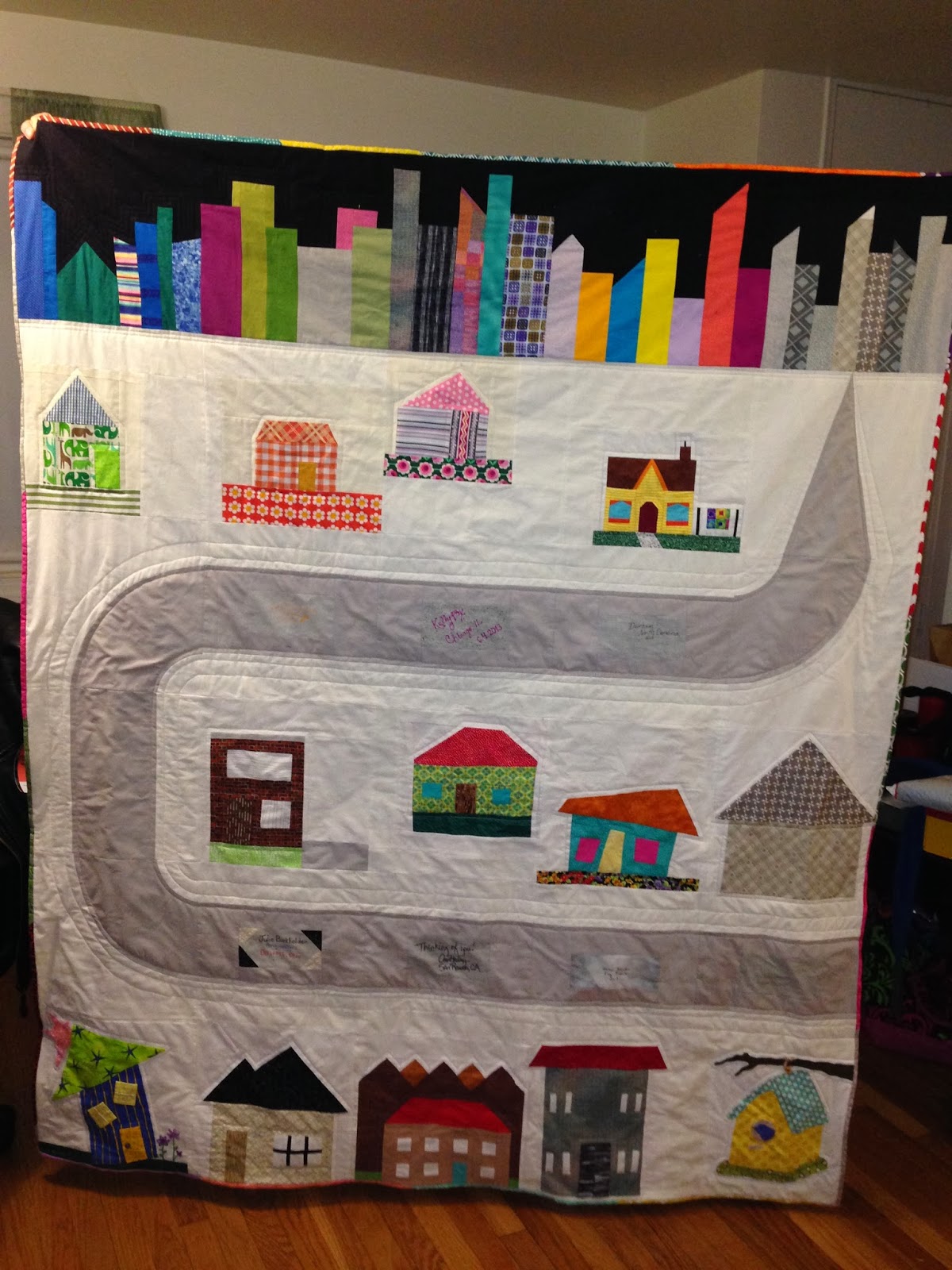 Choose quilt blocks for my January pink solids for the Nearly Insane and the Farmer's Wife quilt.

Done for the Farmer's Wife quilt, since I've decided to focus on that one. I still haven't made much of a dent in the brown blocks for the Nearly Insane quilt. You can see the numbers here.

Print out several of the December Farmer's Wife paper piecing templates and complete a block or three.

Keep working on the Nearly Insane block that I have fabric cut for.

Not so much. Although the block I'm working on is currently living in my purse, I either grab my Nook for some reading or bring my cross-stitch and work on that instead. EPP seemed like a great alternative to cross-stitch, but since I've gotten back into that, I'd rather do that.

Keep working on the Michigan quilt for my hubby.

All the blocks for this one are done! Read about the quilt and see the blocks here. Next step, make sure they are square and then sew the top together. I've already spoken to a long-armer about getting it professionally quilted, because that's just not happening on my tiny machine.

Finish the border for the Once Upon a Time Sampler from The Frosted Pumpkin Stitchery (yes, I caved).

Not quite, but I did make a dent in it.

Keep track of the blocks as they roll in for the Stash Bee.

Yup. I've received some beauties. Just waiting on three more people to send me theirs, and one person has already contacted me to say hers would be late. I'm fine with that. It's a quilt for my mom, with no specific deadline.

I am linking up to A Lovely Year of Finishes.
Posted by Anna at 11:20 PM