I found my missing two projects! And then I wanted to smack myself, because I actually remember seeing them fall off the back of my cutting table and thinking, "I'll pick them up later." Well, later never happened and then I ended up crawling around on my hands and knees at eight months pregnant trying to retrieve them. Sigh, why do I do this stuff to myself?

But I have gotten to work on the Carmagua Horses over the past couple nights. It looks more of less like a brown flame, but I love the subtle shading that's going on. It's actually the chest and neck of the central horse. Also, you can't really tell, but the background fabric is an ice blue. Which I had to order specifically for this project, because Joann's refuses to carry anything but white Evenweave, but have Aida in almost every color of the rainbow (ok, maybe that's a bit of an exaggeration, but certainly several commonly used background colors like beige, black, light blue, etc.). 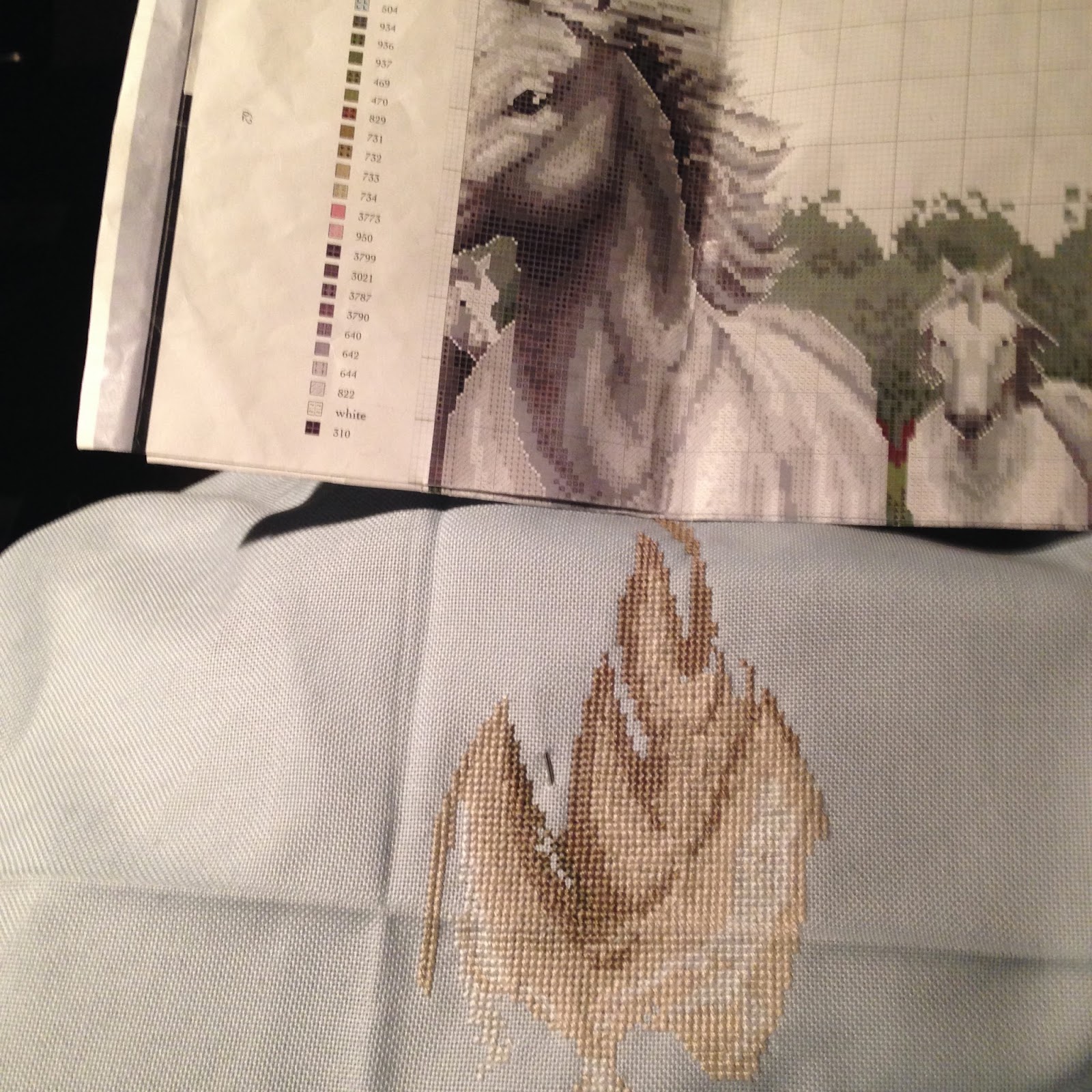 I'm really excited to get the next clue for the Story Time Sampler on Sunday. Still hoping to stay caught up on that one while working on my other projects once I'm done with that one. My other goal is to get that braille alphabet quilt done before my coworker's baby arrives. But walking into my craft room has me feeling overwhelmed these days because it reminds me of all the things I still want to do in there before the baby arrives. :(
Posted by Anna at 4:47 PM