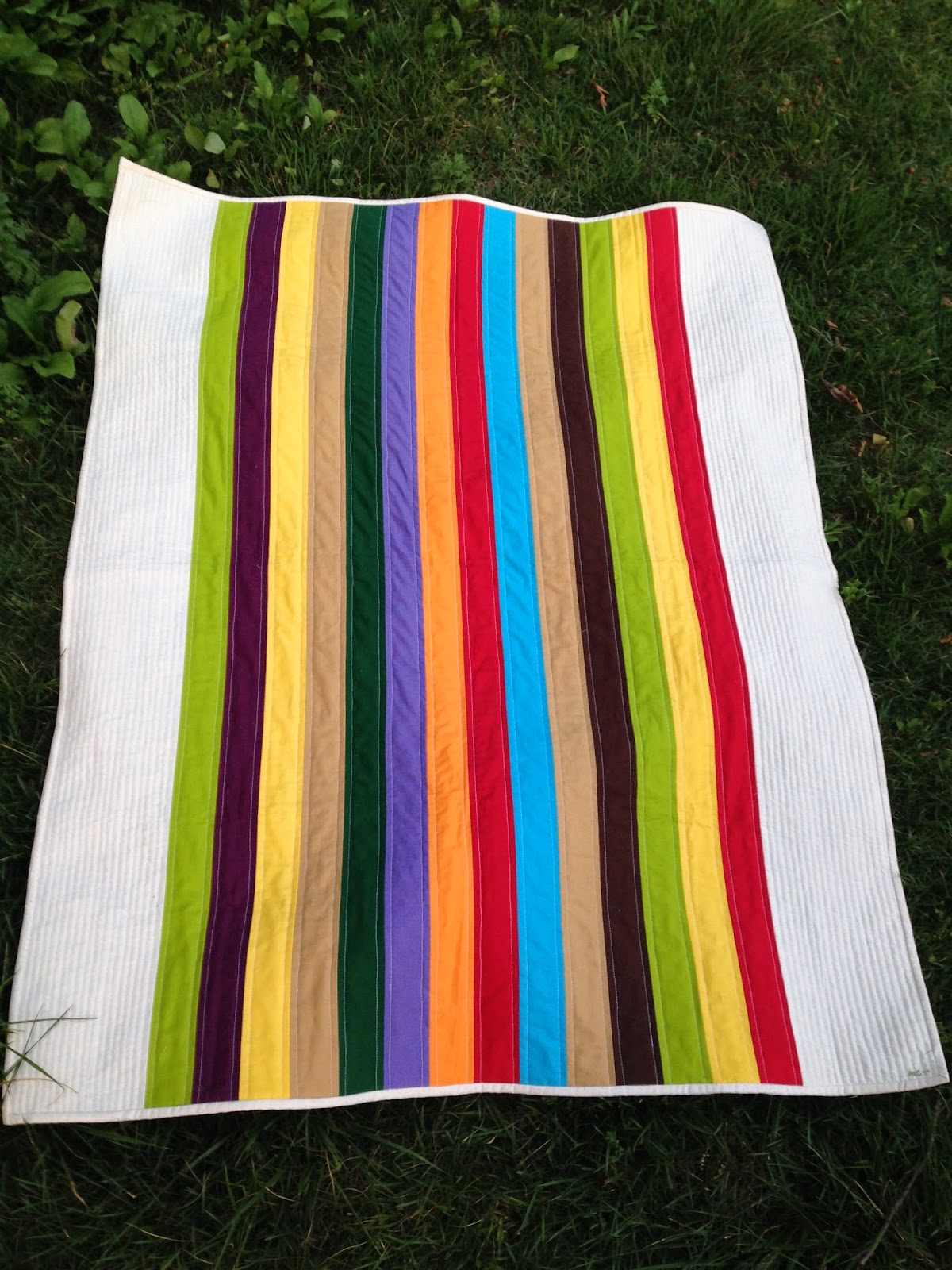 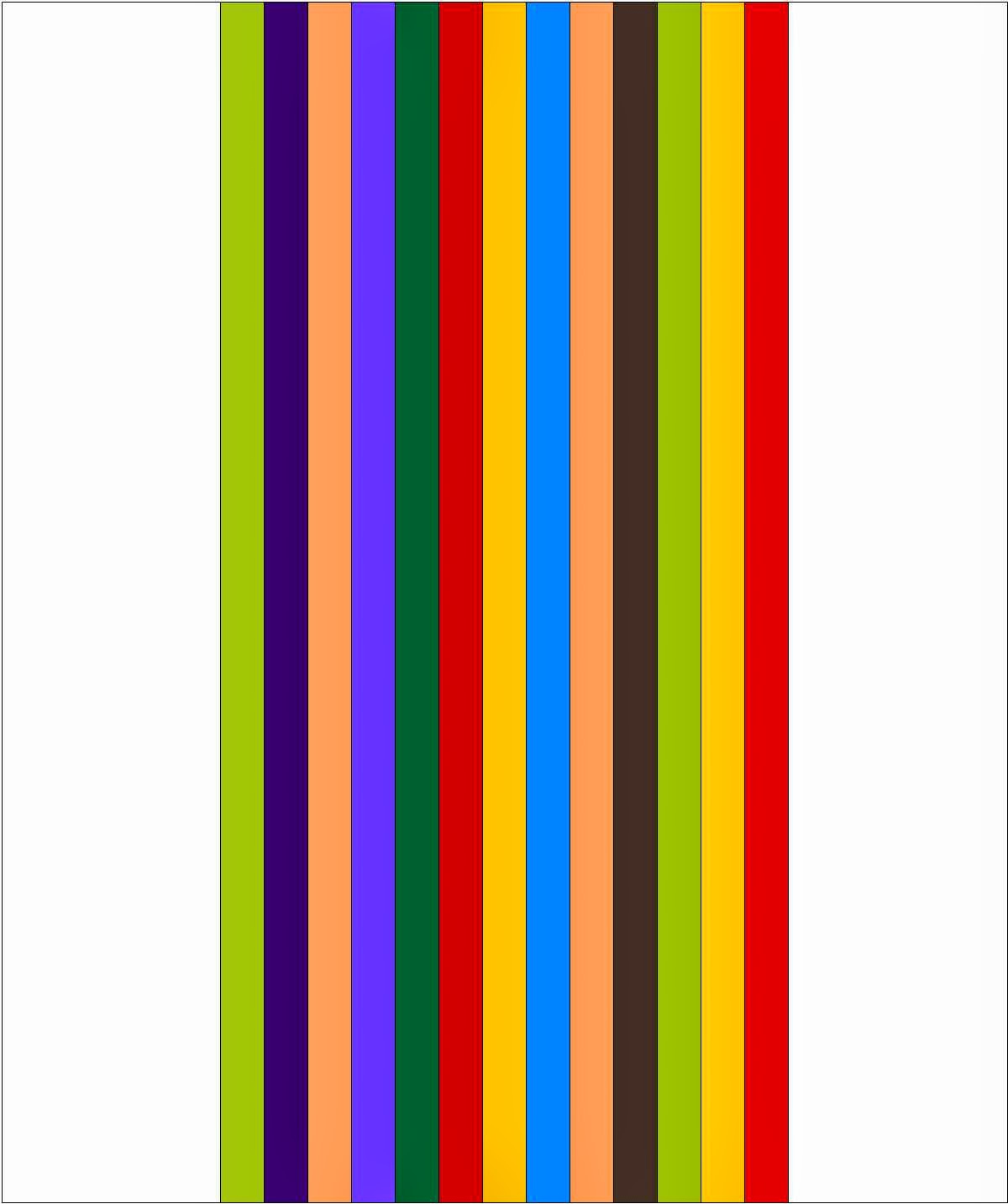 This quilt started with some "unusual" inspiration. I had asked my coworker about nursery theme and such, and if I remember correctly, she just said they were doing bright colors. Upon further prompting she did share that they have several modern art prints in their apartment by Kandinsky and Morris Louis, that they adore. So I did some Google searches on those artists and came up with a whole slew of ideas, but the ones that stuck with me the most are the colorful lines that Morris Louis often uses in his paintings. I drafted a basic design in EQ7 and once I was satisfied with the general color placement, I went and bought several Kona solids. 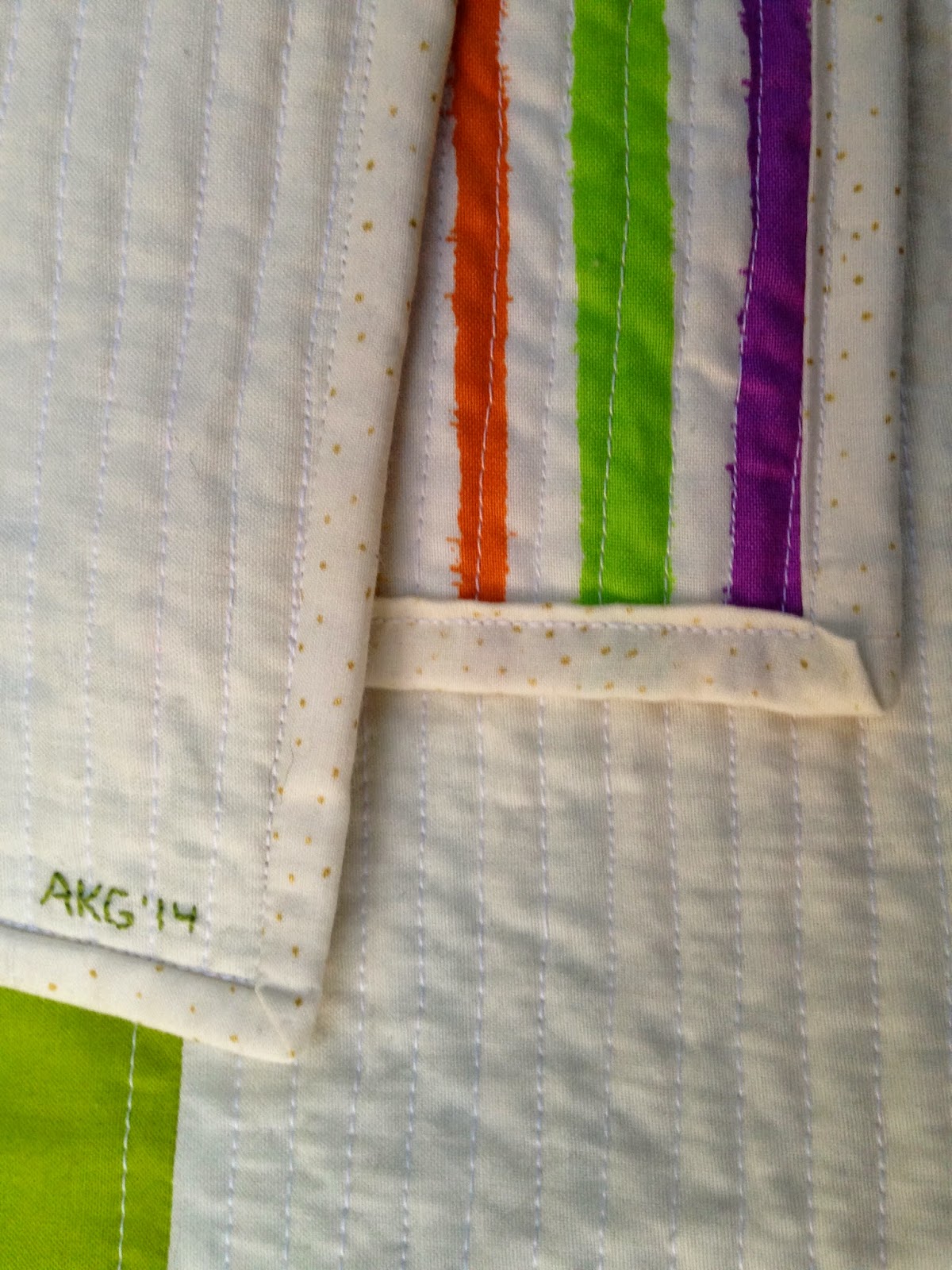 Cutting and sewing the quilt top was the work of about one day (sewing day with the DC Modern Quilt Guild followed by an evening sew-in at Capital Quilts). Which ended up being fortuitous, because I hadn't picked a background color. So I bought some Kona Bone during the sew-in. I had bought the backing fabric at the same time as the fabric for the stripes and ended up finding a lightly dotted fabric at our next DCMQG meeting at Patches. Quilting is straight line, outlining every stripe and then roughly 1/4-1/2" apart in the background area. As per usual, I embroidered my initials and the year into the lower right corner. I'm happy to say that despite the modern and graphic nature of the quilt, my coworker loved it. 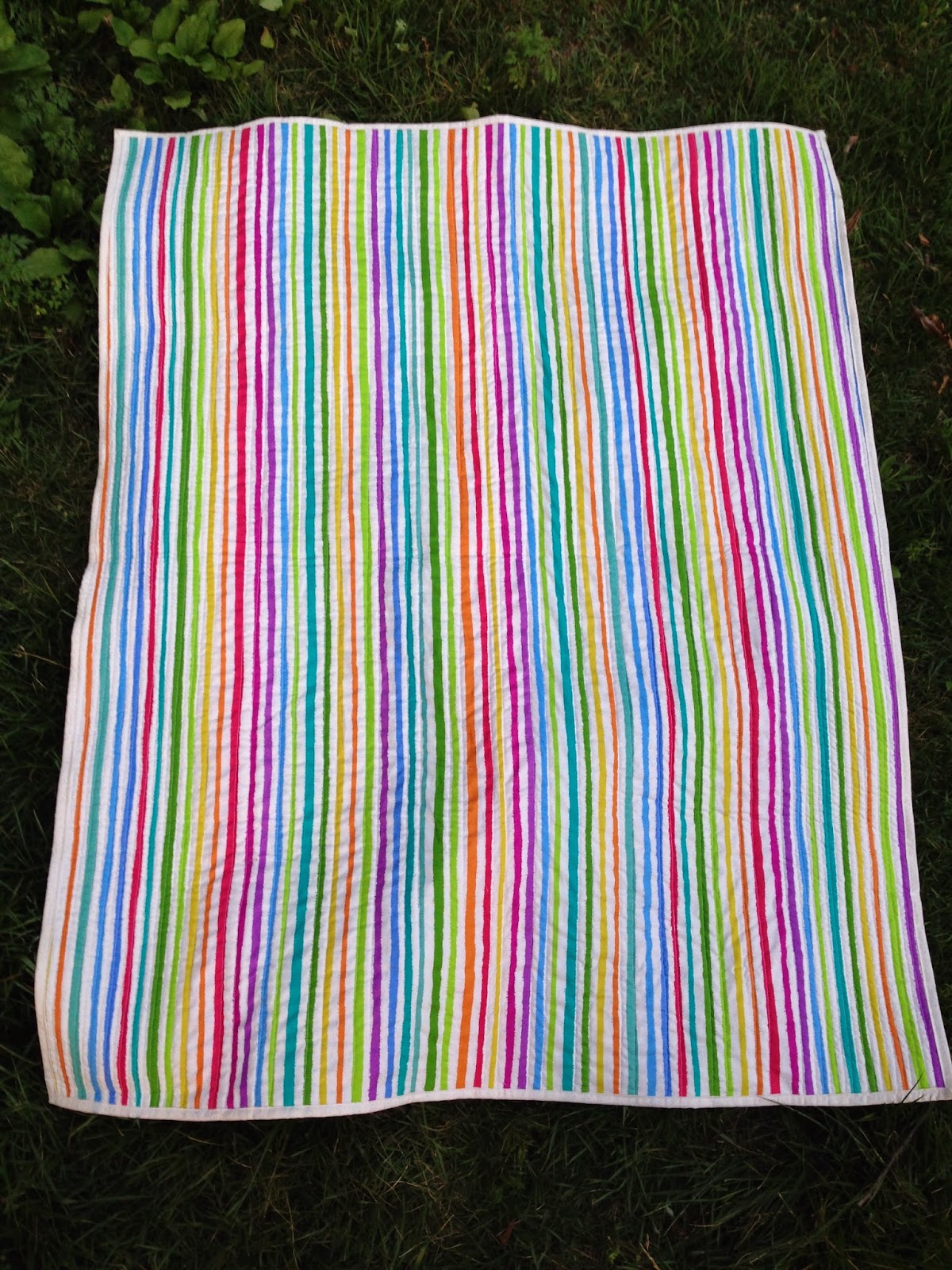