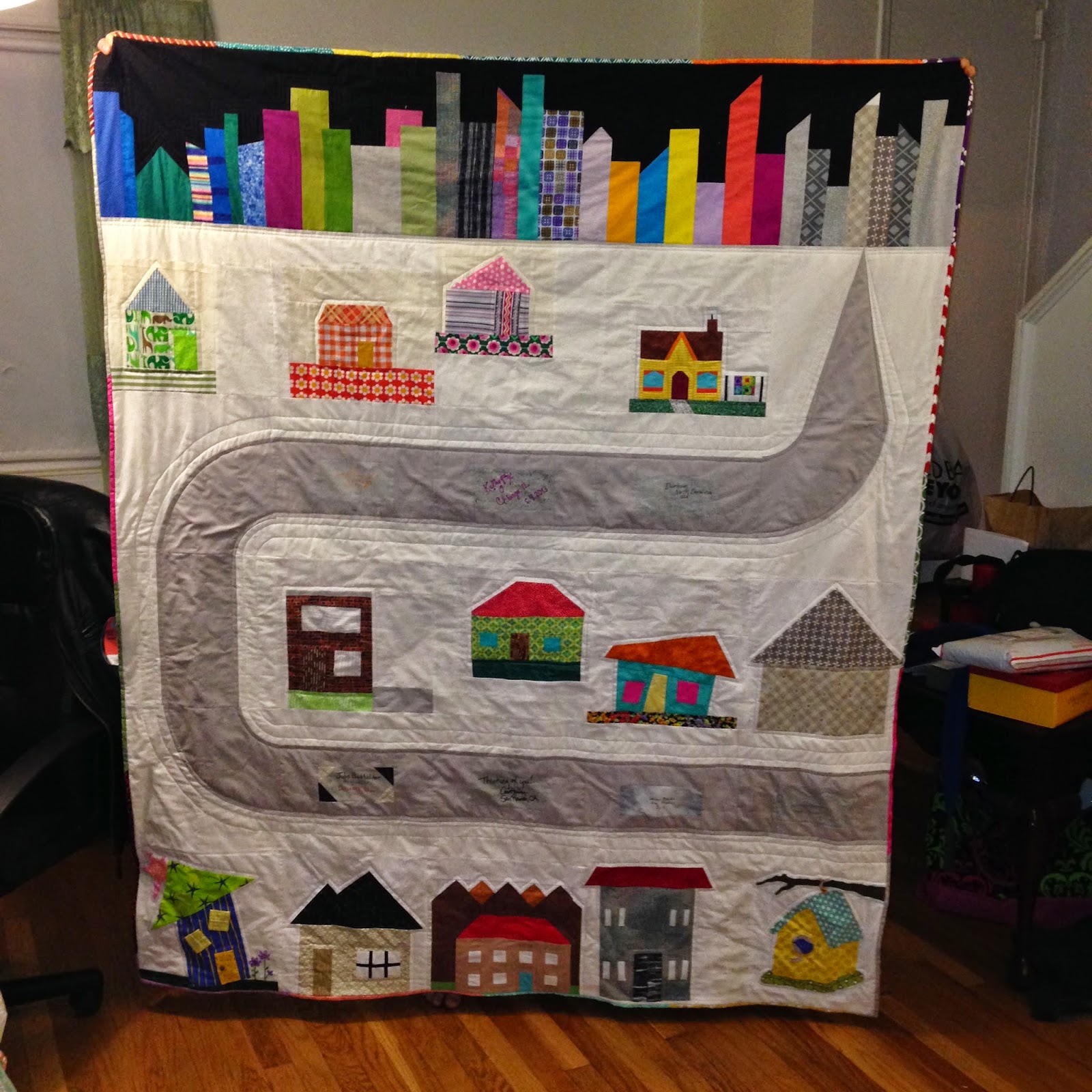 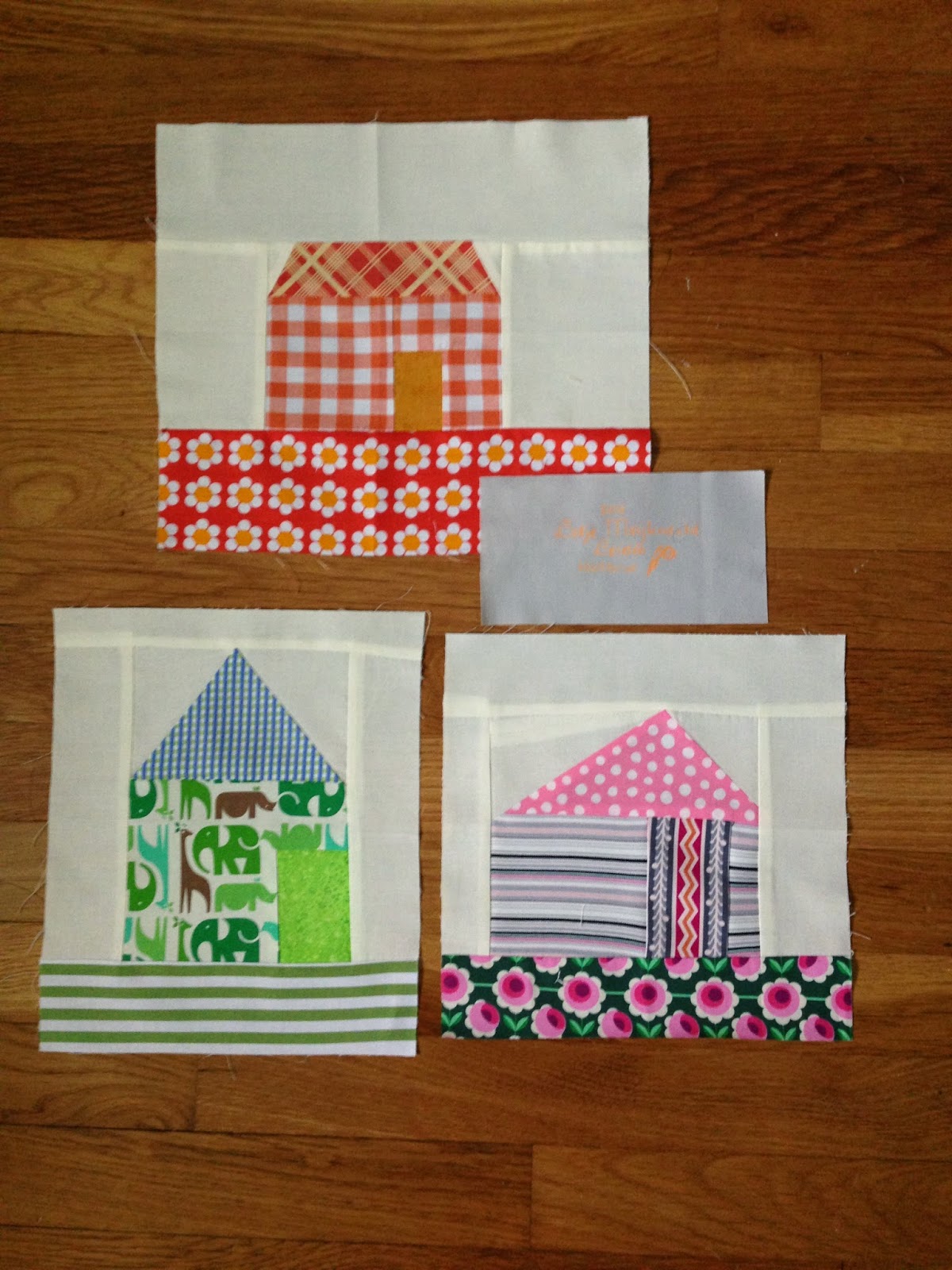 So I realized while updating my completed quilt lists that I haven't blogged about two of my 2014 finishes. One I had definitely promised everyone was the Community Quilt that I put together in February. So the story is this: I started a bee in 2013 and one of our members had to drop out due to increasingly severe medical issues that prevented her from sewing. After hearing all the details, I figured what better way to remind her that she was part of a community in the wider sense, than to get all the quilters in our bee and in another bee she was in together to make a quilt for her. I had a lot of interest and created a private Flickr group so we could scheme brainstorm. 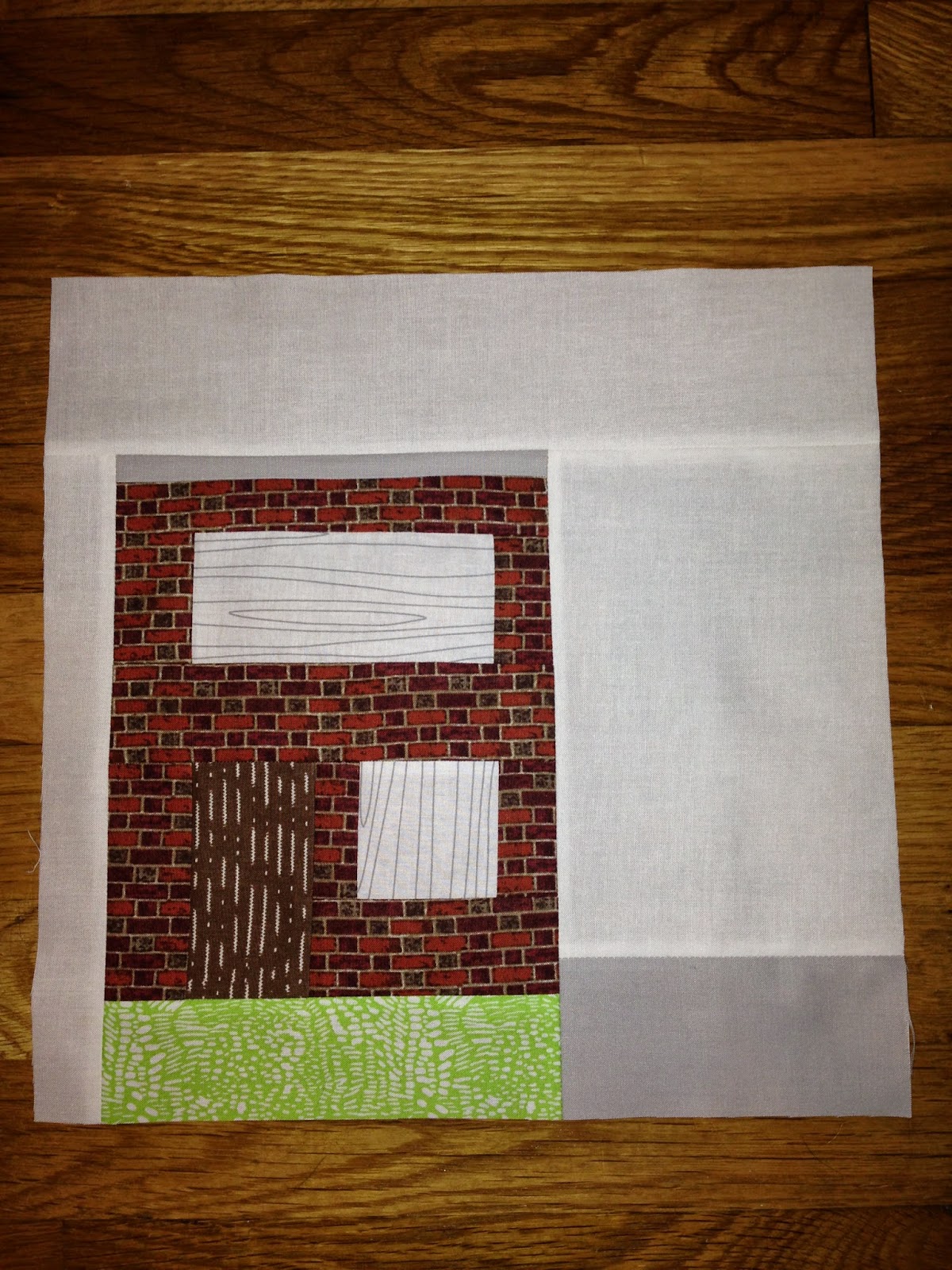 After looking at her Flickr favorites, I found a lot of house and skyline blocks, so that started my creative wheels a'churnin' and I sketched out a quilt with skyline blocks on top and various house blocks on the bottom with a road running through the whole thing. I figured this would give the quilters enough creative freedom to come up with something fun. There was also a metaphor in there somewhere about getting out of the dark city of pain and medical procedures and into this bright, diverse, global community of quilters. 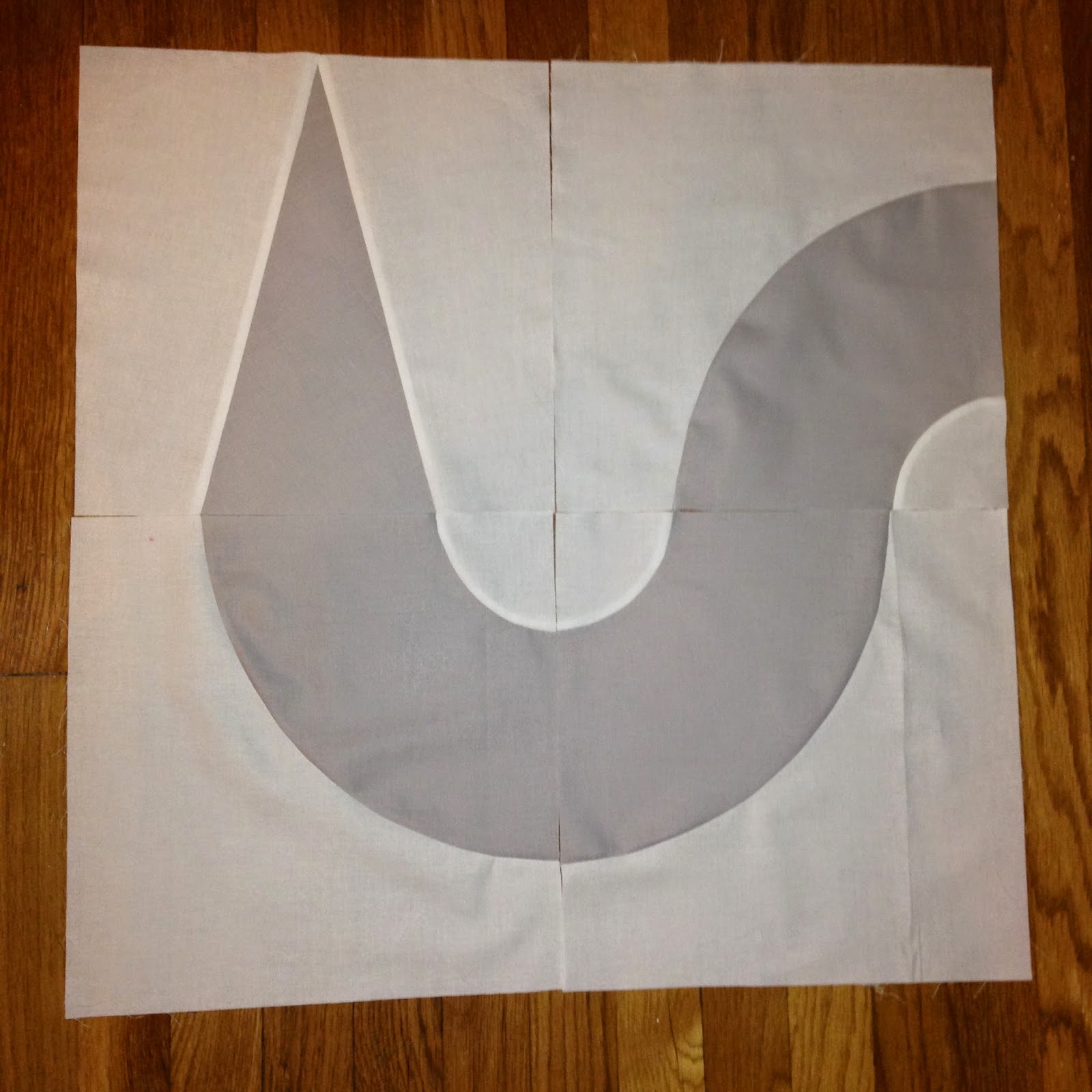 It took far longer than anticipated to get the blocks I needed, and I finally gave up on the original layout (I think I was going for a 7x7 block layout originally) and just worked with what I had. But I did get blocks from Illinois, France, and California just to name a few. I made the road blocks, set the signature blocks that people sent me into the straight road sections, squared up the house blocks to be 12.5" square, and put everything together over the course of a few weeks. The curved road segments and the disappearing road segment gave me the most headache, but I ended up paper piecing the disappearing road segment using a piece of scrapbooking paper as the base and used another piece to make a template for the curved segments. Actually sewing the curves was less hair-raising than I thought it would be. 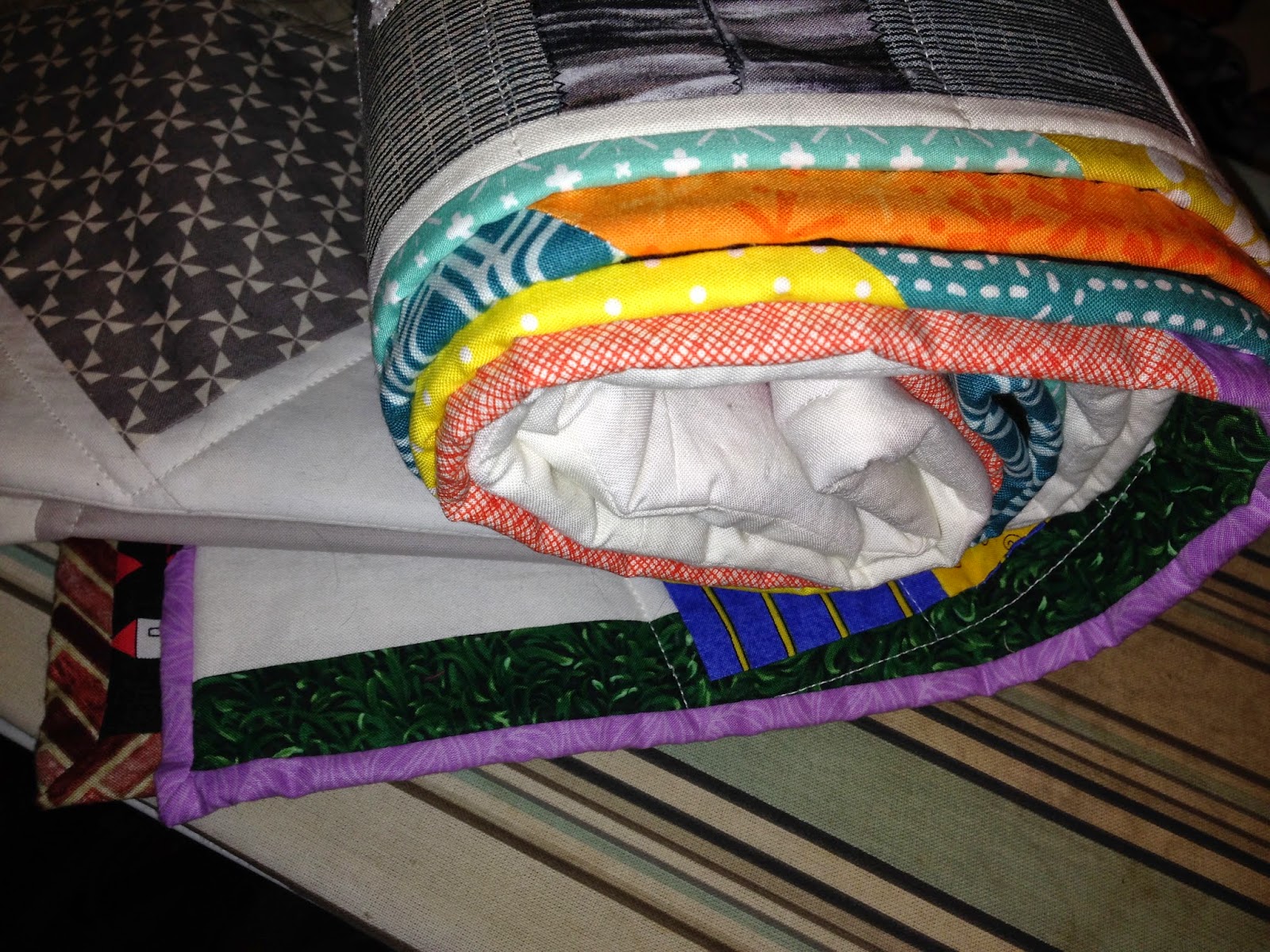 I made the backing from fabric I had bought specifically for the quilt a while back and then decided to go ahead and quilt it myself because it had been over half a year since trying to get everyone together to make the blocks. And although I'd had an offer from one of the group members to do the quilting, I just wanted to get it done instead of sending it off to someone else. I also made the scrappy binding and sewed it on myself, despite someone else's offer to do that part as well.

I sent it off with a heartfelt letter about how we all wished her well and that we were sad that she couldn't sew currently. I got back the sweetest email saying that the quilt had arrived at the perfect time when she was feeling really down and that it reminded her that there were people out there rooting her on. It just reminds me of how important it is to make the effort, no matter how big or small, to remind the people in our lives that they matter to us. 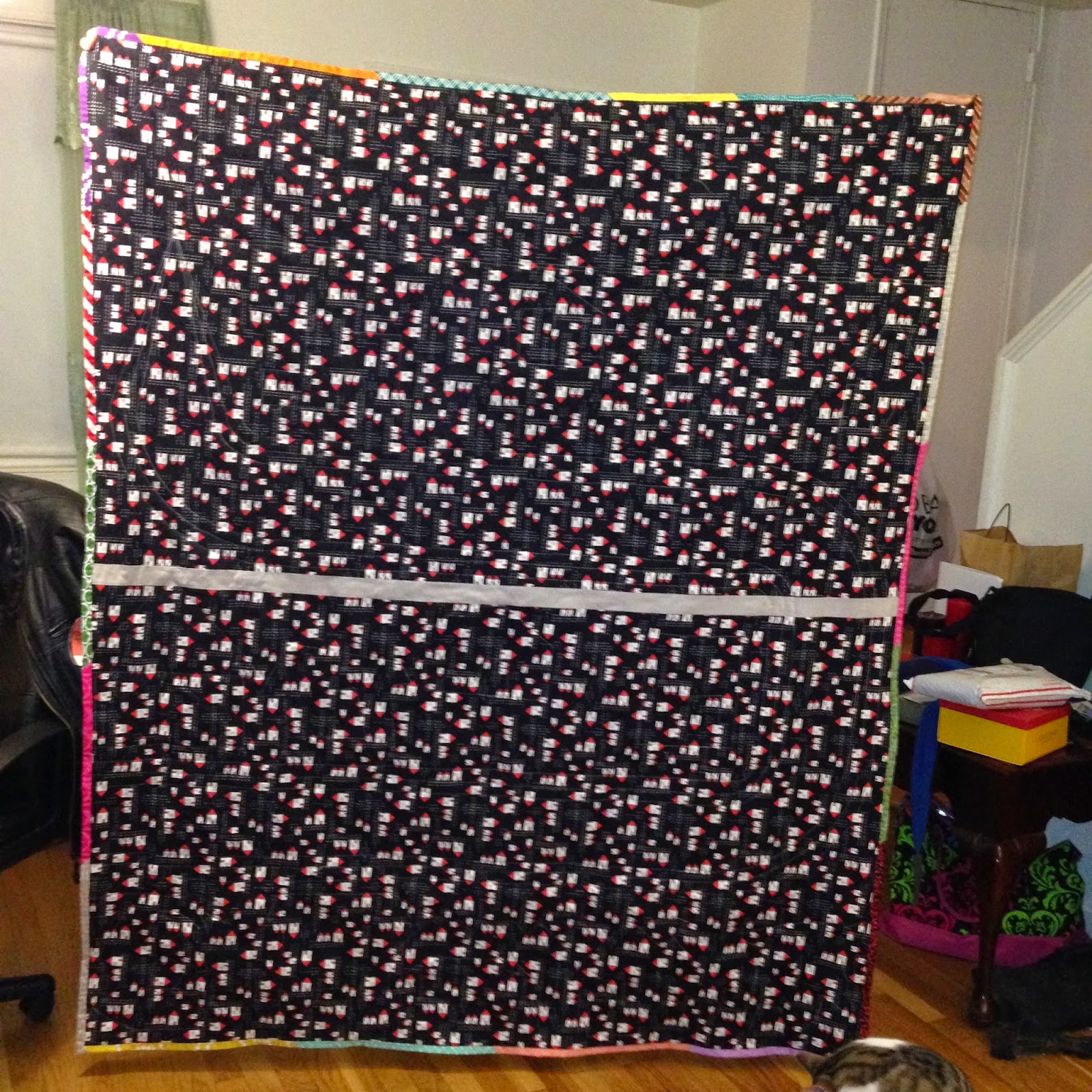