Wow, I've pretty much only posted my blog hop the last few months. Between finishing that big commission quilt, a baby quilt for a coworker, and side-effects from some news that I'm not quite ready to share with the general public, I really have not been doing much if any sewing recently. Hopefully I can get my mojo back. In the meantime, I have been making blocks for Hive 8 of the Stash Bee every month (with more or less success in getting them done in time). 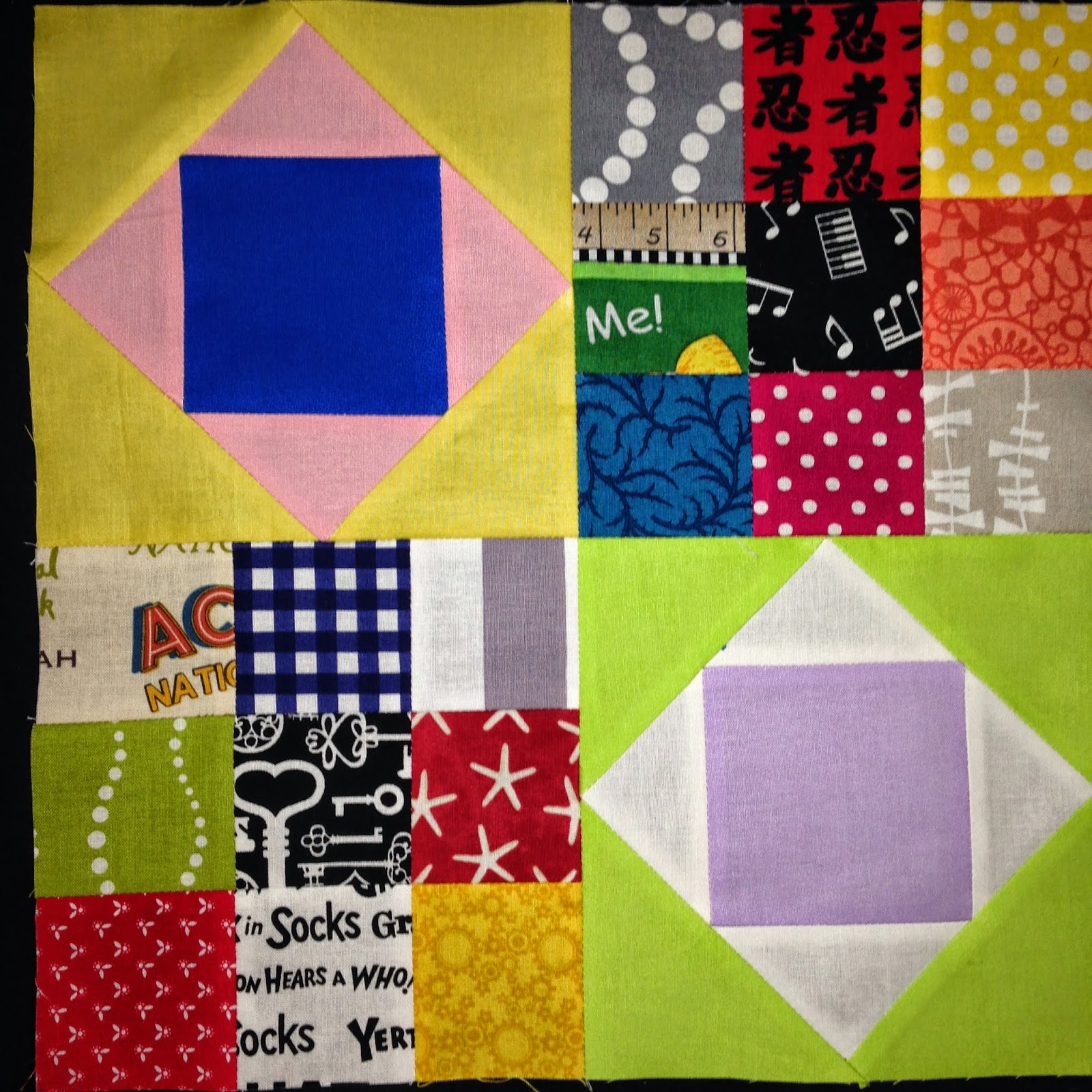 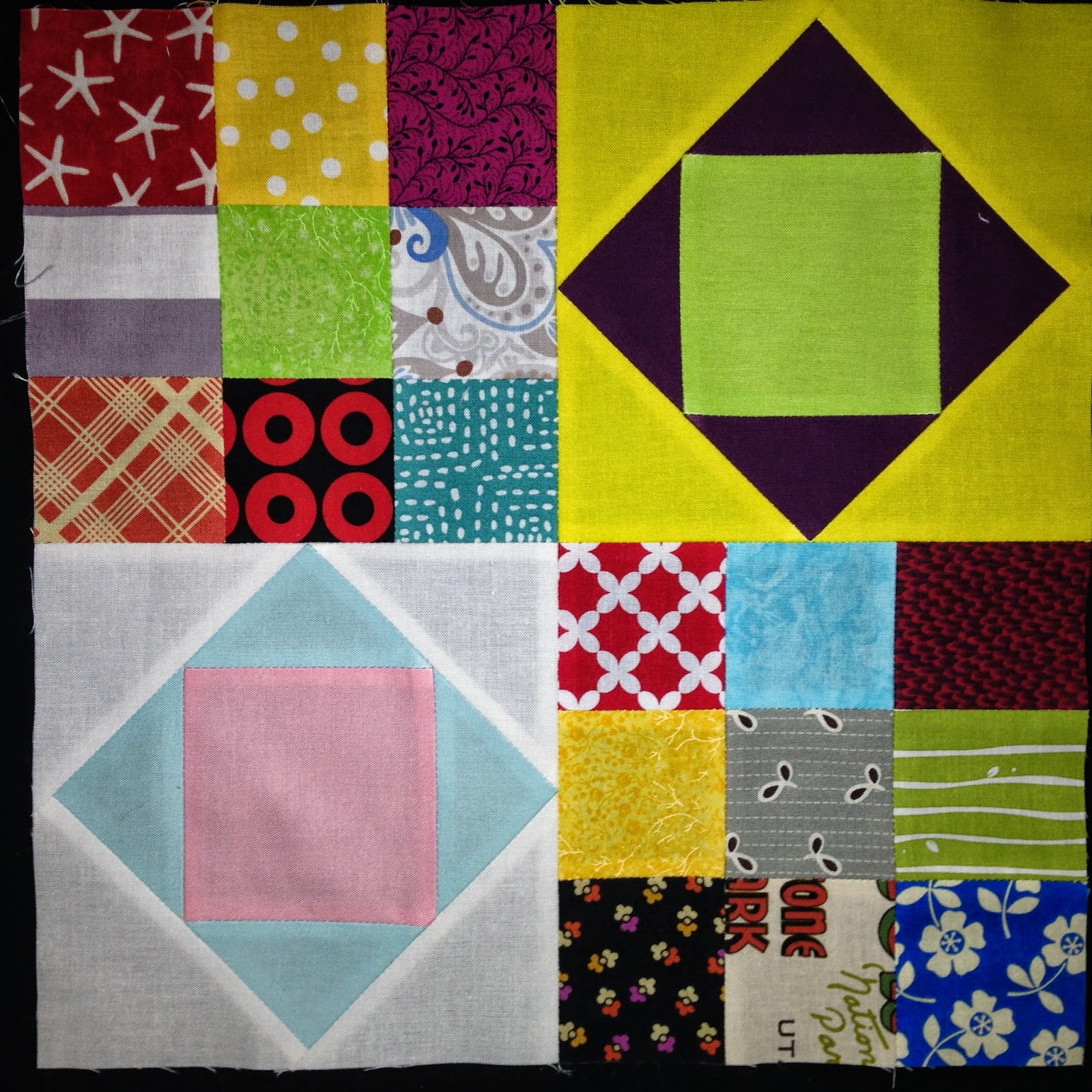 She asked for scrappy 9-patches in prints with economy blocks in solids arranged in this formation. I ended up cutting the corner triangle quite a bit bigger than the instructions called for, because I hate working with bias edges. But the larger amount of fabric meant that I could trim down without fear of losing my points. 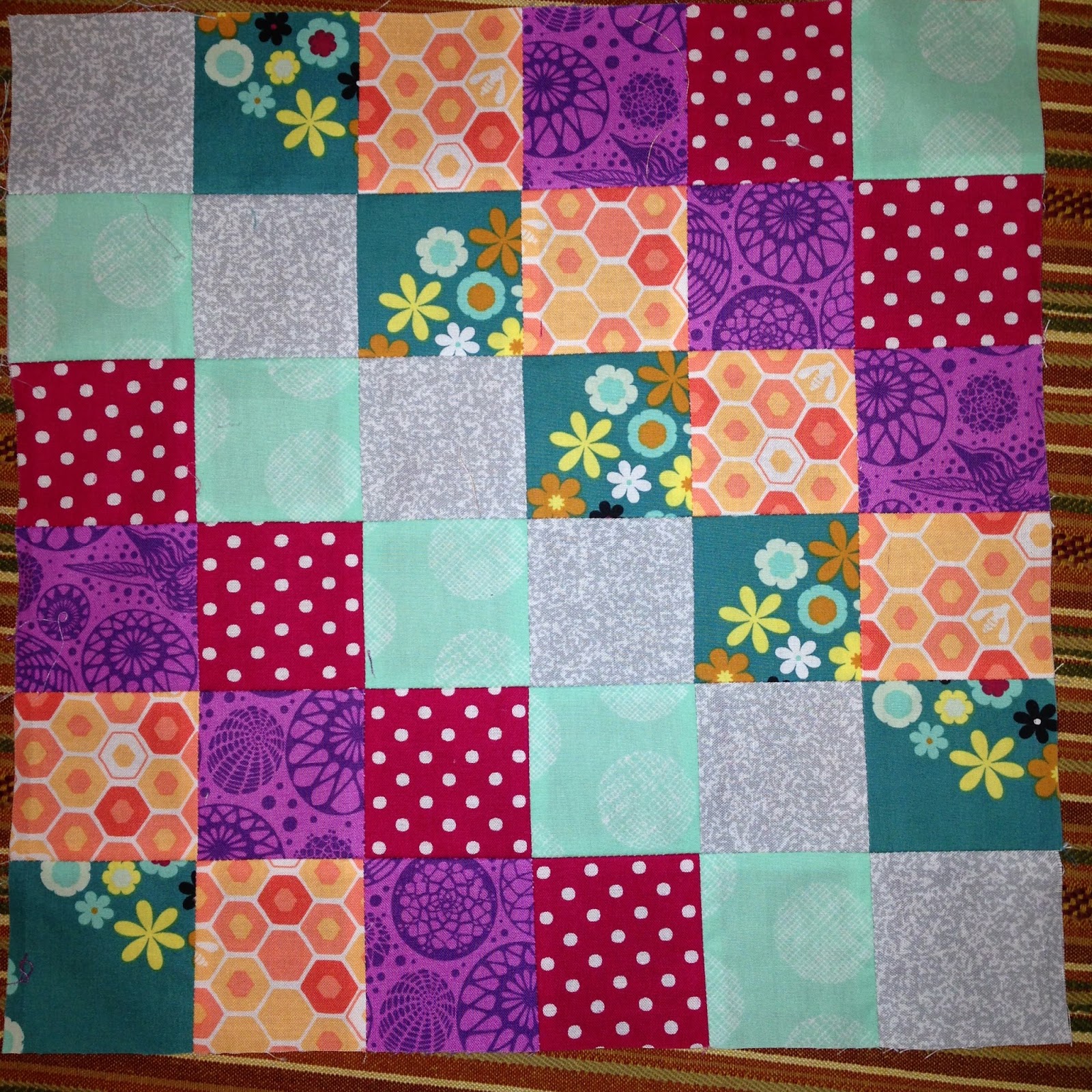 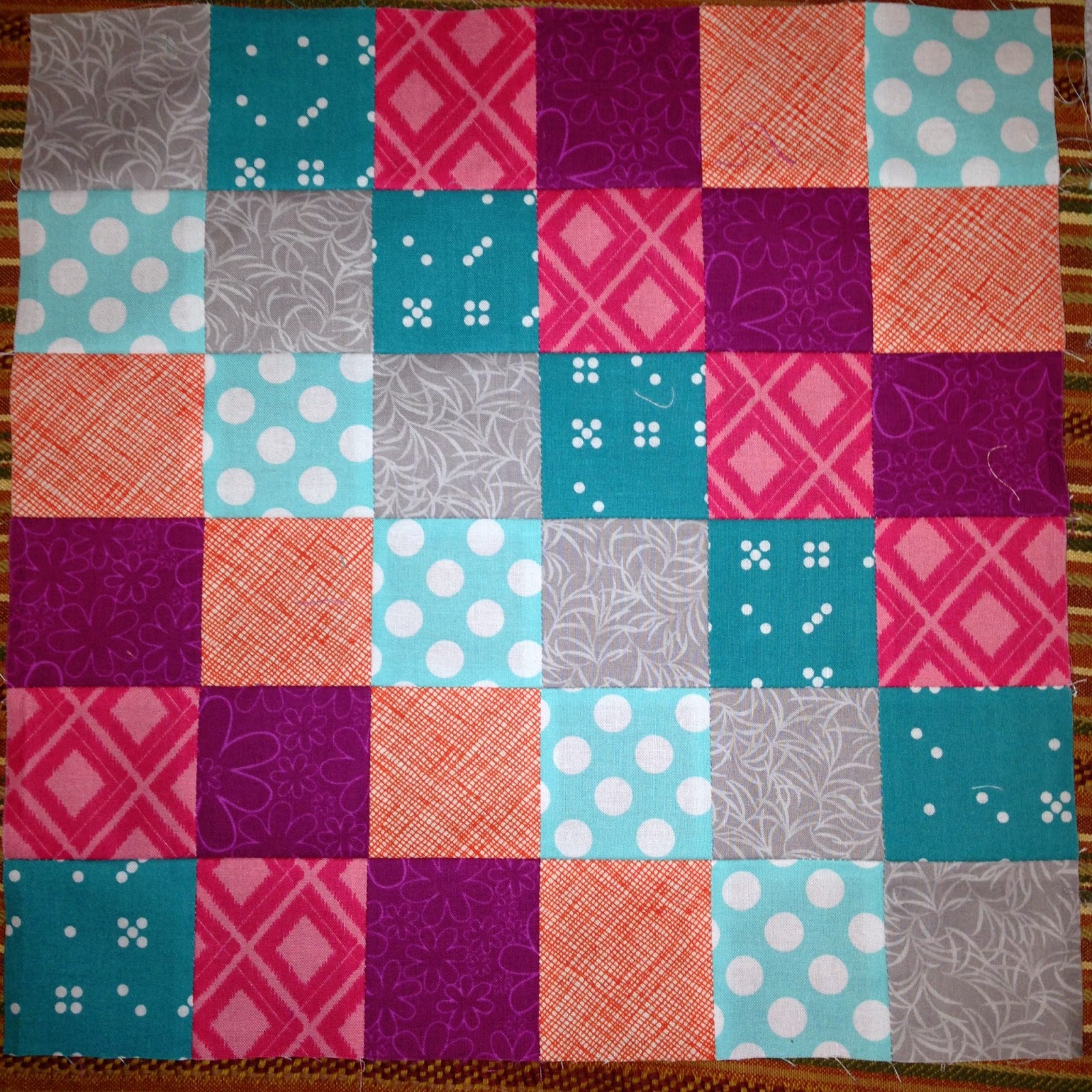 Melissa wanted scrappy trip along blocks. I hate sewing this block because of all the seam unpicking and such. However, I have to admit that the finished blocks look good as do the finished quilts. But they don't look good enough for me to ever attempt to make one myself.

May Blocks for Tami: 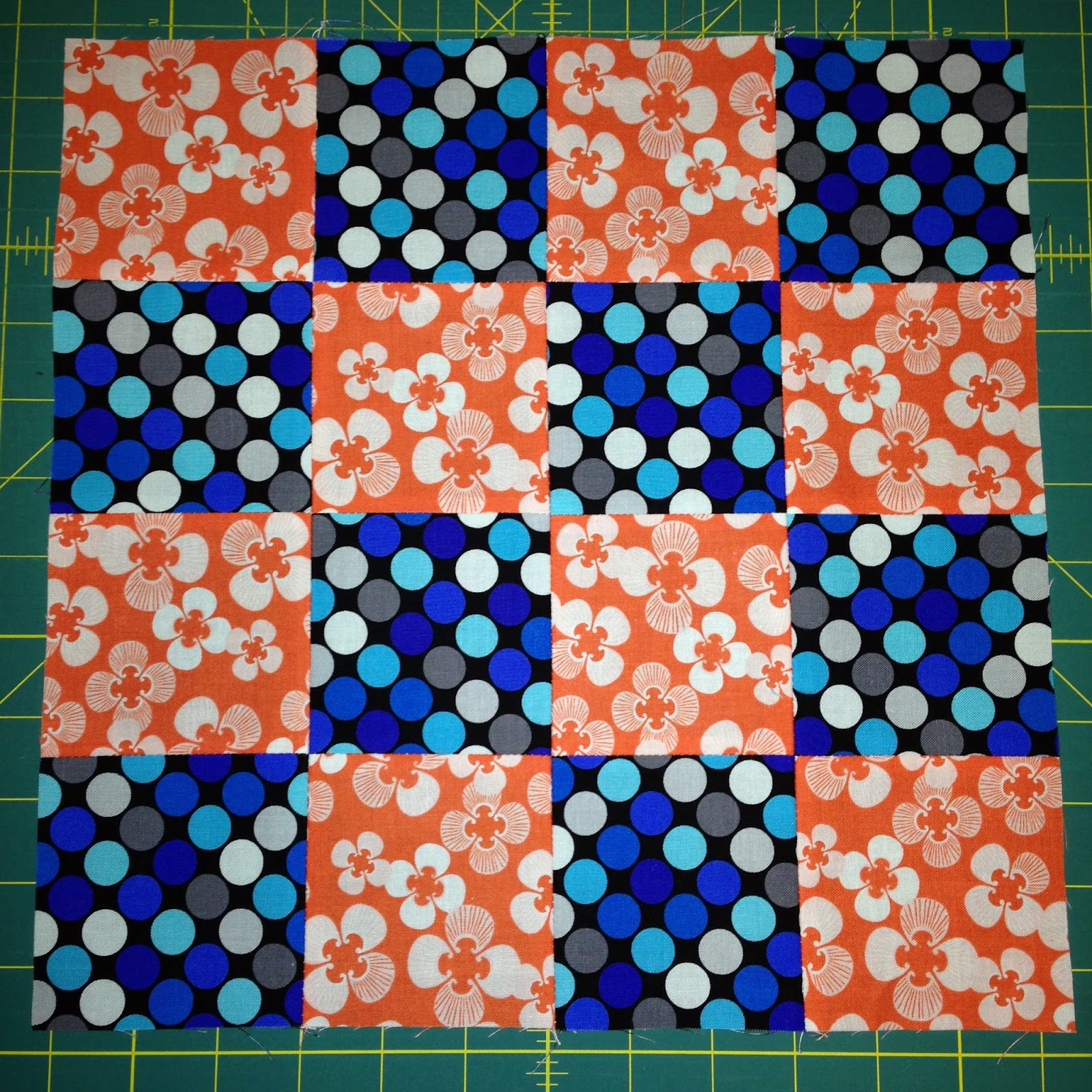 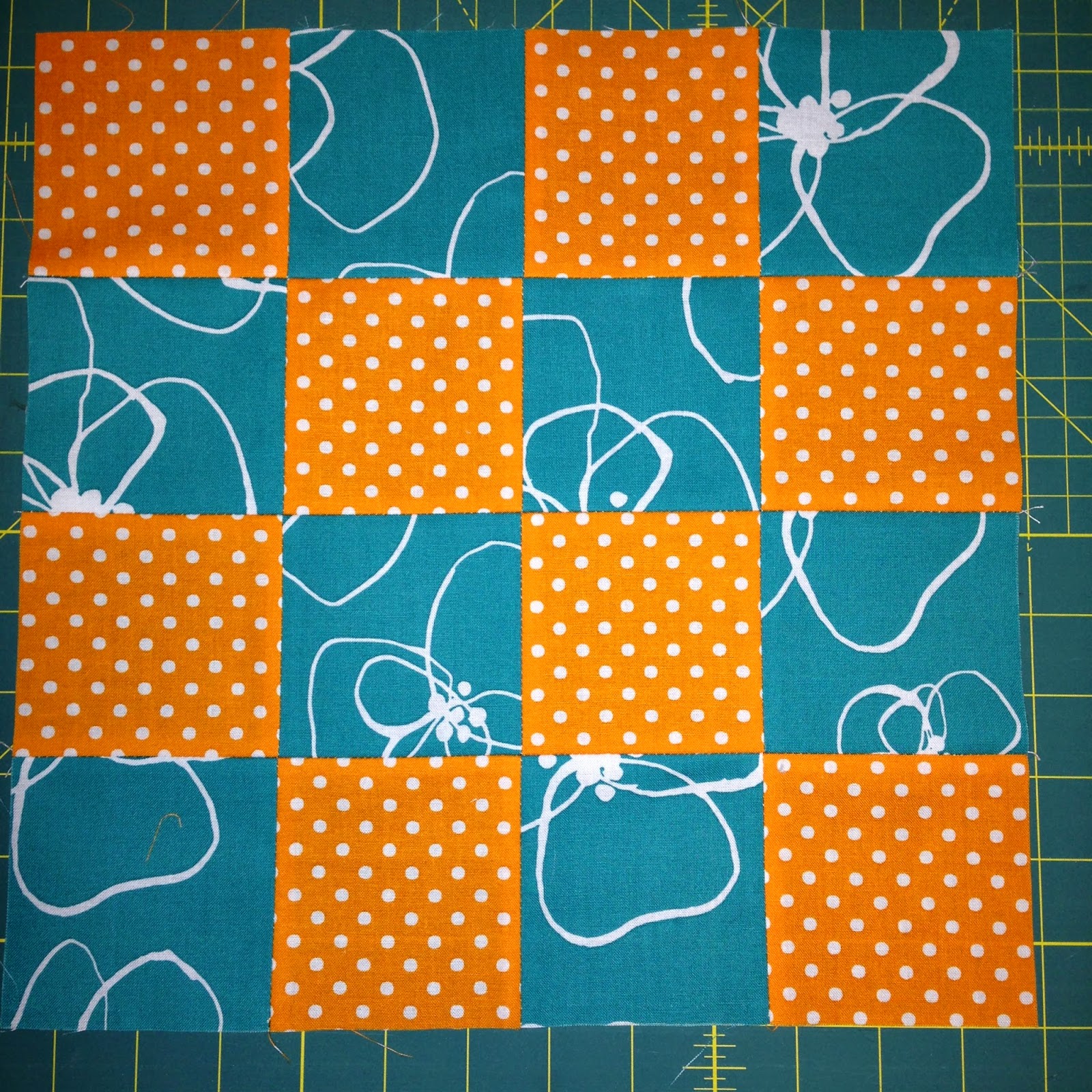 These 16-patches went together super easy and were fun enough that I might consider making a quilt like this myself some day. I did have to unpick a seam because I wasn't careful about my strip placement, but despite that I had a great time making these. 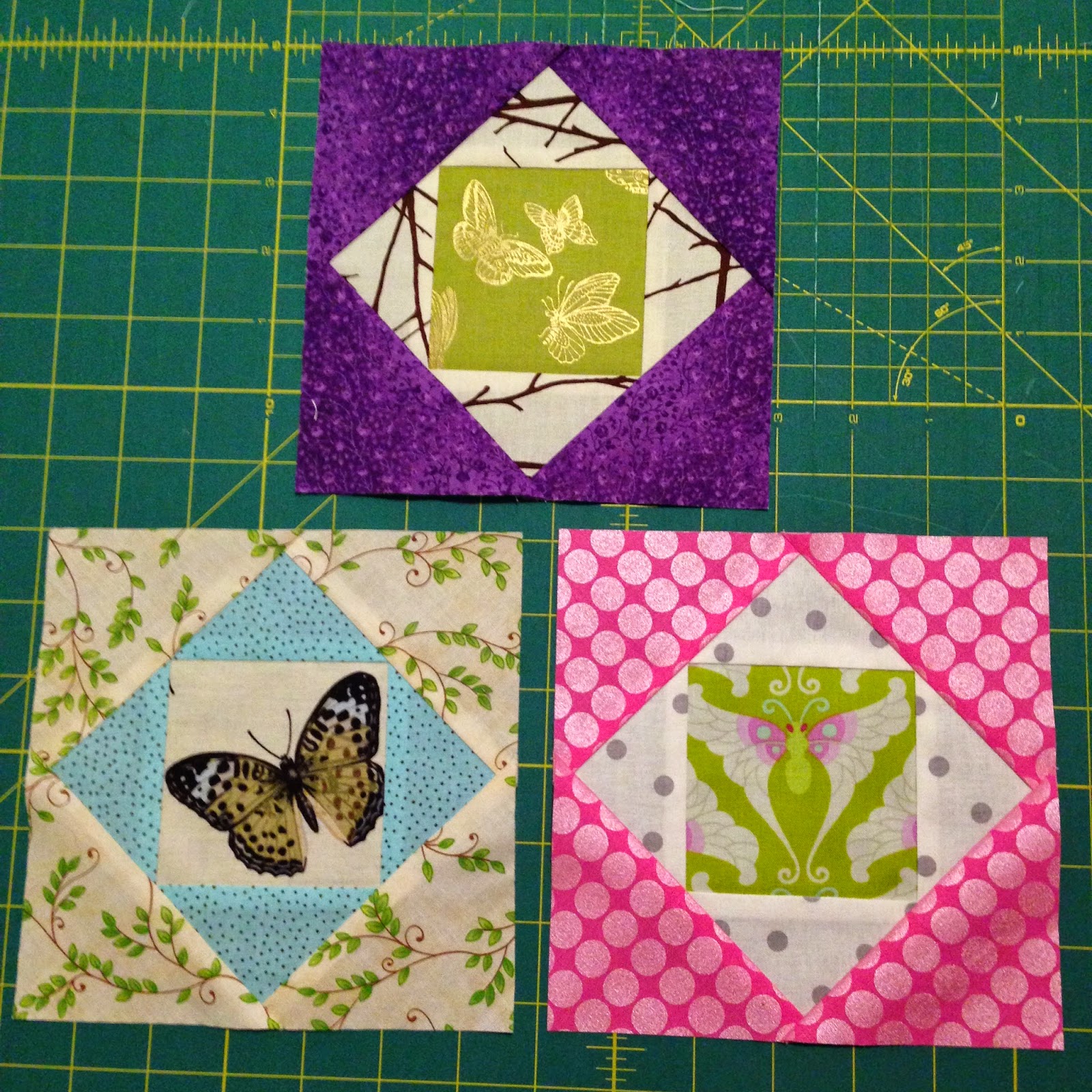 Daisy wanted butterfly blocks. I made three 6" paper-pieced economy blocks with fussy cut centers. I definitely think they turned out well, but this was deep into my quilting slump and these did not get done in time. I also really wanted to make something more creative, but just did not have the energy or mental capacity to come up with anything.

July blocks for Sarah are in the works. She wants I Spy blocks and I signed up for black and red. I've picked my fabrics, gotten her approval, and just need to fussy cut and put them together. Of course today is the last day of July, so these are going to be late as well, as I probably won't get to them until my sewing day with the DCMQG this Saturday.