Once Upon A Time Books

I've been quickly working my way through the Once Upon A Time books written by Cameron Dokey, Suzanne Weyn, Tracy Lynn, Debbie Viguie, and Nancy Holder. They are a collection of retold fairy tales and folk tales. I love that sort of thing and so was tempted to bring home as many as I could from the library even though they are Young Adult fiction. Here's my take on the ones I have read so far: 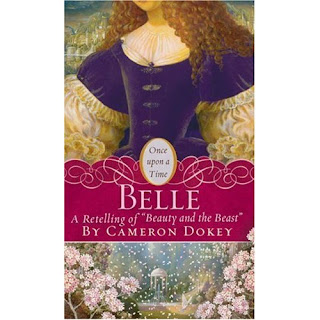 Belle by Cameron Dokey is a retelling of Beauty and the Beast. This story actually stays relatively true to the Grimm's version of events, where the family (here Belle, her two older sisters, and both parents) appear to lose their fortune due to ships lost at sea and are forced to move out of the city and into the countryside. To get to their new cottage they must pass through an enchanted wood. At some point news comes that not all the ships may be lost and so the father rides back to town. He asks each daughter what she would like and the youngest tells him that she wants a piece of wood from an enchanted tree to carve. The Beast catches the father trespassing and stealing a branch from the enchanted tree and makes him promise to send his youngest daughter to the castle or come back himself in exchange for sparing the father's life.

I thought the adaptation was interesting because in the Grimm version, I don't remember the mother ever being in the picture. Also, Cameron portrays the two older sisters as being inhumanly beautiful and Belle has doubts about her own beauty when compared to these two paragons. She also writes Belle as having a gift for knowing what a piece of wood will hold and then carving what she sees. These are the little author's liberties that make the book an adaptation rather than sticking with the story. I also thought it was neat that the author keeps the rose garden on the Beast's estate like in the original fairy tale, but doesn't have Belle asking for a rose to plant. 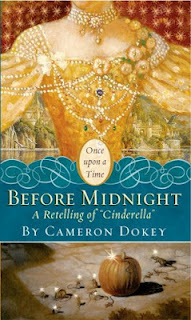 Before Midnight was also written by Cameron Dokey. The book starts out with Cendrillon being born and her mother dying in childbirth. Her father comes home several weeks later with a male child of unknown origin and tells the housekeeper to raise both of them and that he never wants to see his daughter who killed his beloved wife and the male child only when he requests that he come to court. The male child is called Raoul, and he and Cendrillon grow up together on this far away estate. At some point Cendrillon wishes for a stepmother and two stepsisters. Unexpectedly her father remarries and sends his new wife and stepdaughters back to his estate, and although at first they treat Cendrillon like a servant, when she finally reveals who she really is, the daughter of the house, they actually end up loving each other.

There were several really interesting twists and turns to the classic story. No fairy godmother, but plenty of wishes coming true. The fact that the stepmother and stepsisters end up loving Cendrillon is interesting as well, as is the twist of who Raoul really is. You'll just have to read the book to find out. 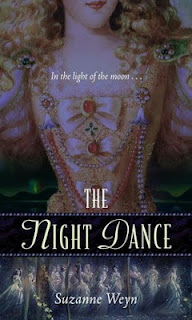 The Night Dance by Suzanne Weyn is a retelling of The Twelve Dancing Princesses. It's actually a really interesting mixture of the King Arthur legend, where Vivienne is the Lady of the Lake and also the mother of the twelve girls. She forges Excalibur and gives it to King Arthur only to be imprisoned in an underground lake by Morgan Le Fay. Her daughters slowly grow up in the mansion their father has built over where the lake used to be and won't let them out. Rowena, the youngest, has her mother's gift of sight and finally finds her mother's scrying bowl when sneaking into the woods one night. With this, she figures out what may have happened to her mother and the sisters find their way to the underground lake. Morgan Le Fay intervenes and casts an illusion on the girls so that they dance each night away instead of wondering about their mother. The story also features Sir Bedivere of Arthurian Legend who is trying to find Vivienne to return Excalibur to her after Arthur's death and he and Rowena end up falling in love. He takes the place of the weary soldier who figures out where the girls are going in the original tale.

I thought it was an incredibly clever way to explain why the girls were dancing each night away and why they were imprisoned by their father in the first place. I love that Suzanne tied the story into a particular time period instead of just leaving it in some fairy tale world limbo. I also liked the way she ties in the golden and silver trees from the original story.
Posted by Anna at 10:51 AM