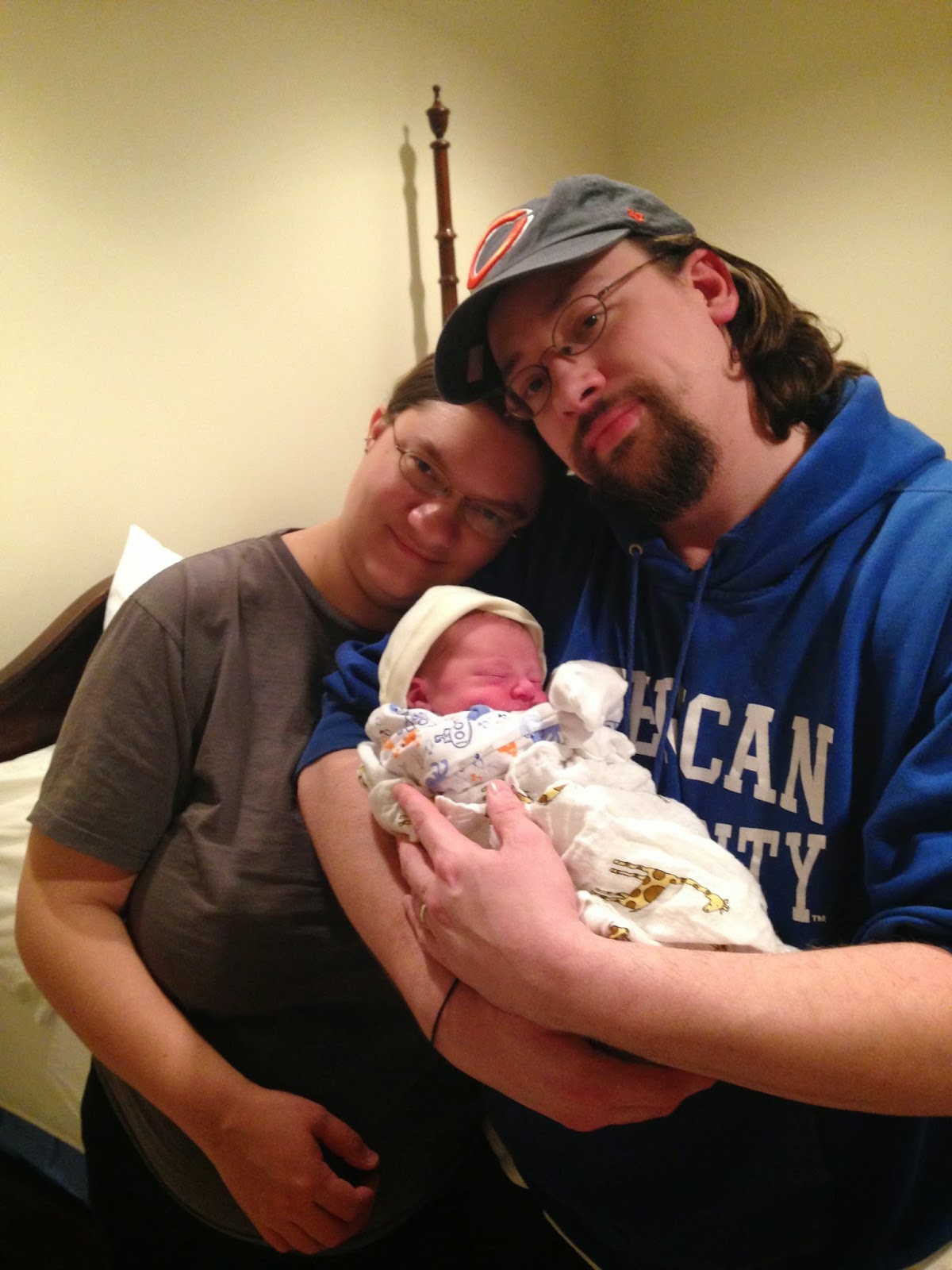 So our son arrived only a day late, and not for lack of trying. I was in labor for about nine hours from start to finish and only spent about half an hour of that on the way to the midwifery center and about an hour at the hospital complex. I wish I could say I spent that hour at the midwifery center, but unfortunately it's very hard to get someone to take you seriously when you say your baby is arriving NOW with your very first birth. But we did manage to make it to the midwifery center just in time for me to deliver, with my husband assisting the midwife.

Our son was born at 4:35am on February 25. He weighed 7 lbs and measured 10.25 inches. We named him Richard Michael (Richard for both of our fathers: Richard and Erich, and Michael for both of our brothers). The picture was taken by the backup midwife (who arrived as I was getting stitched up) as we were getting ready to leave the center around 8am the same day. Despite stitches and an "interesting" (harrowing) birth experience I am recovering well, Richard is doing great, and my husband has been a rock. And we're totally in love!
Posted by Anna at 8:15 PM