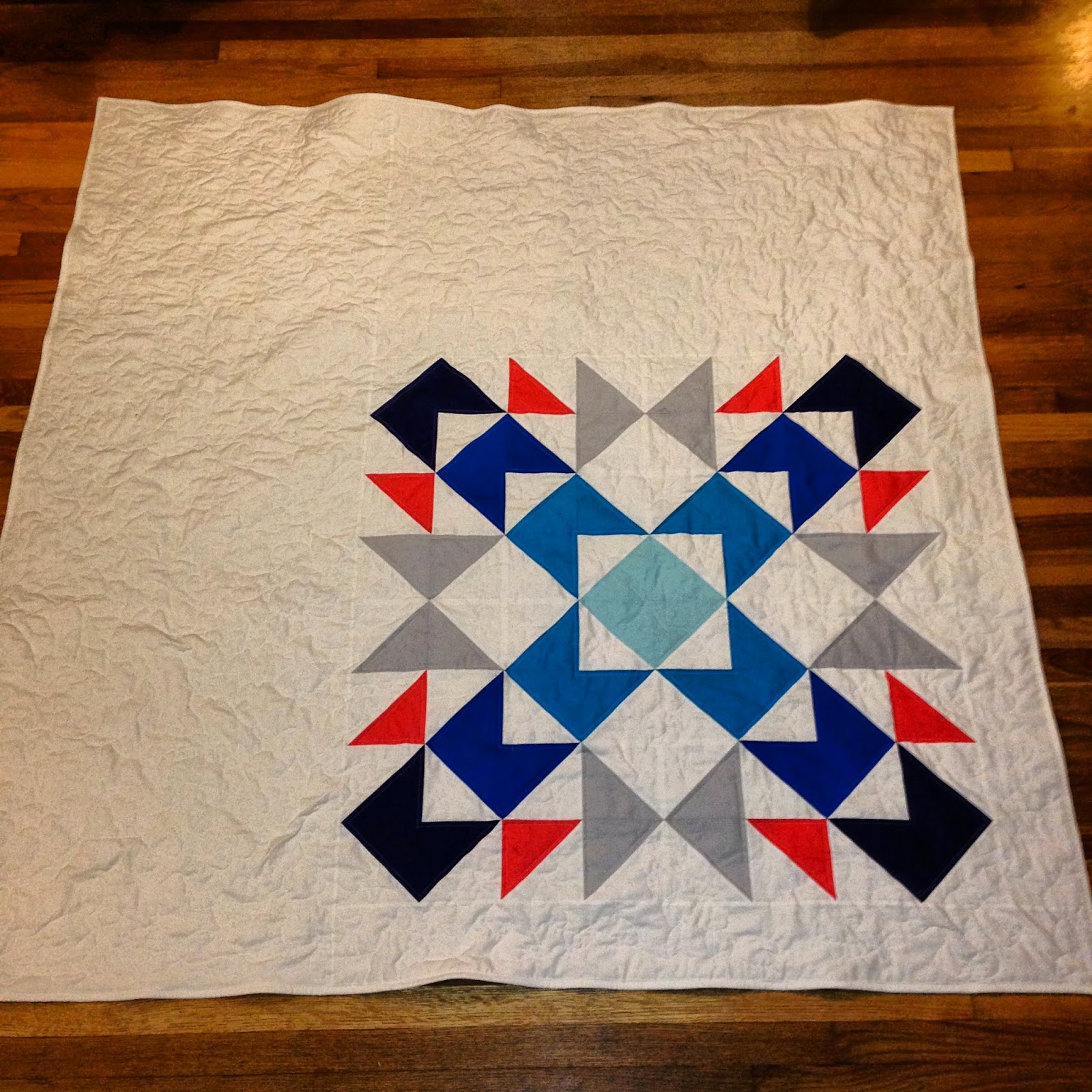 So I've been pretty much offline all weekend. The reason: I was attempting the heretofore impossible. I learned on Friday that a coworker's younger brother (19 years old, to be exact) had passed away this past week. After polling her closest friend amongst our coworkers, I was told that he taste in home décor ran to white, grey and blue. For some reason I decided that I had to make a quilt for her, because... "quilters quilt" (amaright?). And for some reason it had to happen this weekend. As in, I wanted to give it to her on Monday! I'm a little crazy, can you tell? 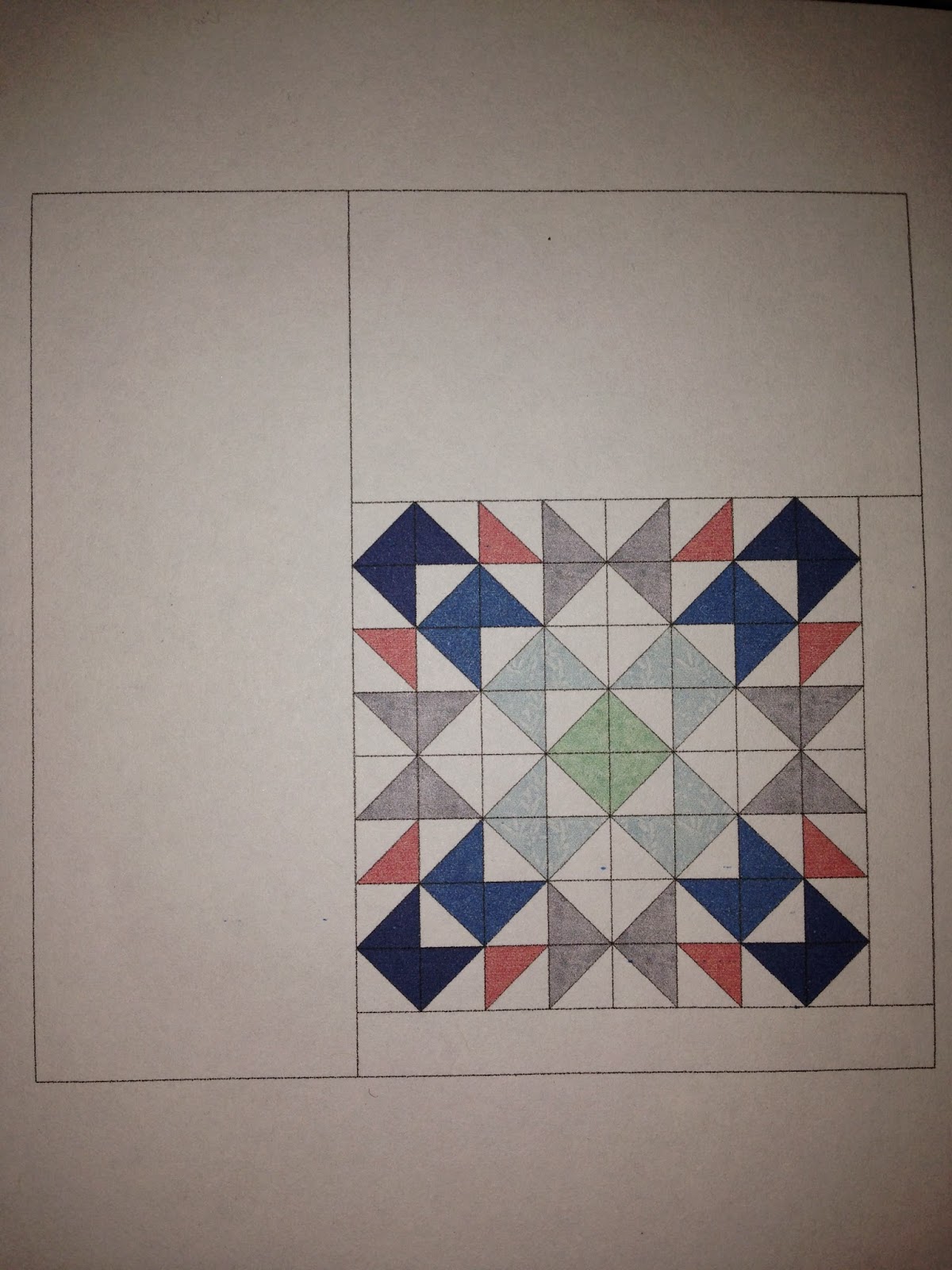 So I came home, sat myself down in front of my computer and look through my favorites, saved quilt ideas, and my stack of quilting books and magazines. I gave myself until 8pm to get a final idea (although that didn't quite work out). I had two ideas by 8 though. Then I did my fabric pull to get an idea about colors, did some more digging through pictures, and then sat down in front of EQ7 to come up with my final plan.

After looking at the final design, I decided that I wanted to use all solids. The only problem: not enough light grey to cut 8 squares for the HSTs. I reached out via Instagram (I am DamascSt on Instagram, if you're interested in following) and found one of my guildies who had a grey fabric and was willing to drop it off the next morning (my hubby had our car, or I would have just run to the fabric store). In the meantime I cut the rest of the solids for the star and sewed, cut, and ironed the HSTs. That took me to the end of Friday. 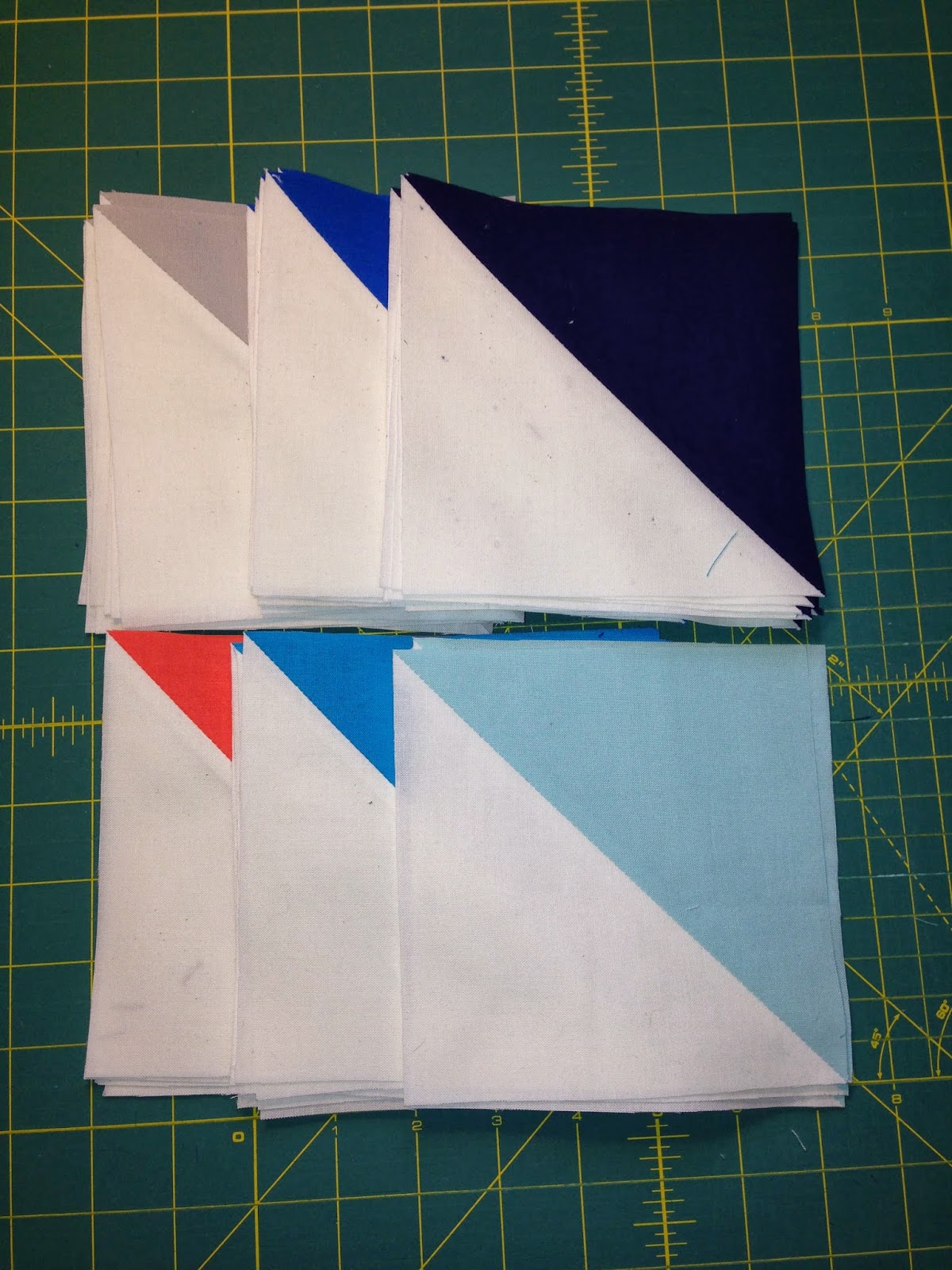 Two of my guildies showed up bright and early on Saturday with the promised grey fabric. As soon as they left, I got to work cutting that, sewing, cutting, and ironing the HSTs. Then I did all of the trimming at once. I had to stop after every second color, because my back hurt, but I did get them all done. By the time another friend came over in the afternoon, I had the rows of the star sewn up, and was starting to sew the rows together.

I cut the background white once the star was done, and attached the pieces. Then I pulled the backing fabric and frankensteined that together, because I didn't really have enough of anything except white (time to stock up on some unspoken for background fabrics, I think). 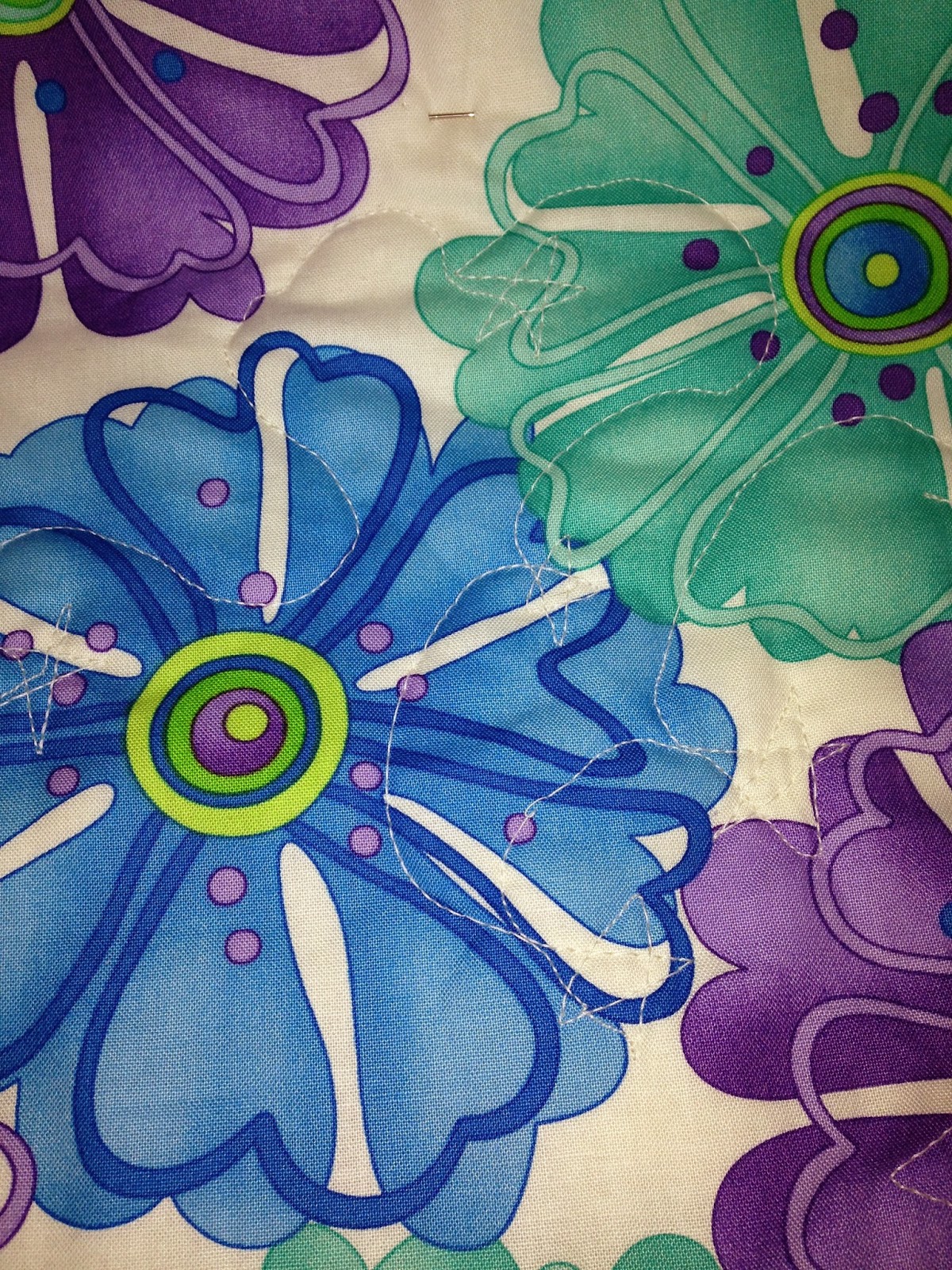 By the time hubby came home, I was almost done with the back. I appropriated the living room floor to baste the quilt, and my friend helped, while hubby made dinner. After my friend left, I put together a practice quilt sandwich and tried my hand at FMQ. Because why wouldn't I try something I've never done before, while trying to finish a quilt in record time (because I'm crazy, that's why, but I think I already mentioned that).

It actually worked out much better than I had thought, so I decided to go for it in the background areas of the quilt. Sunday I sat down and started quilting. I think it took me six hours and five bobbins to finish the background FMQ. Another hour or two, and another bobbin, to do straight line outlines inside the colored shapes. During breaks in quilting, I cut binding from yet more white. Good thing I bought a bolt a while back. 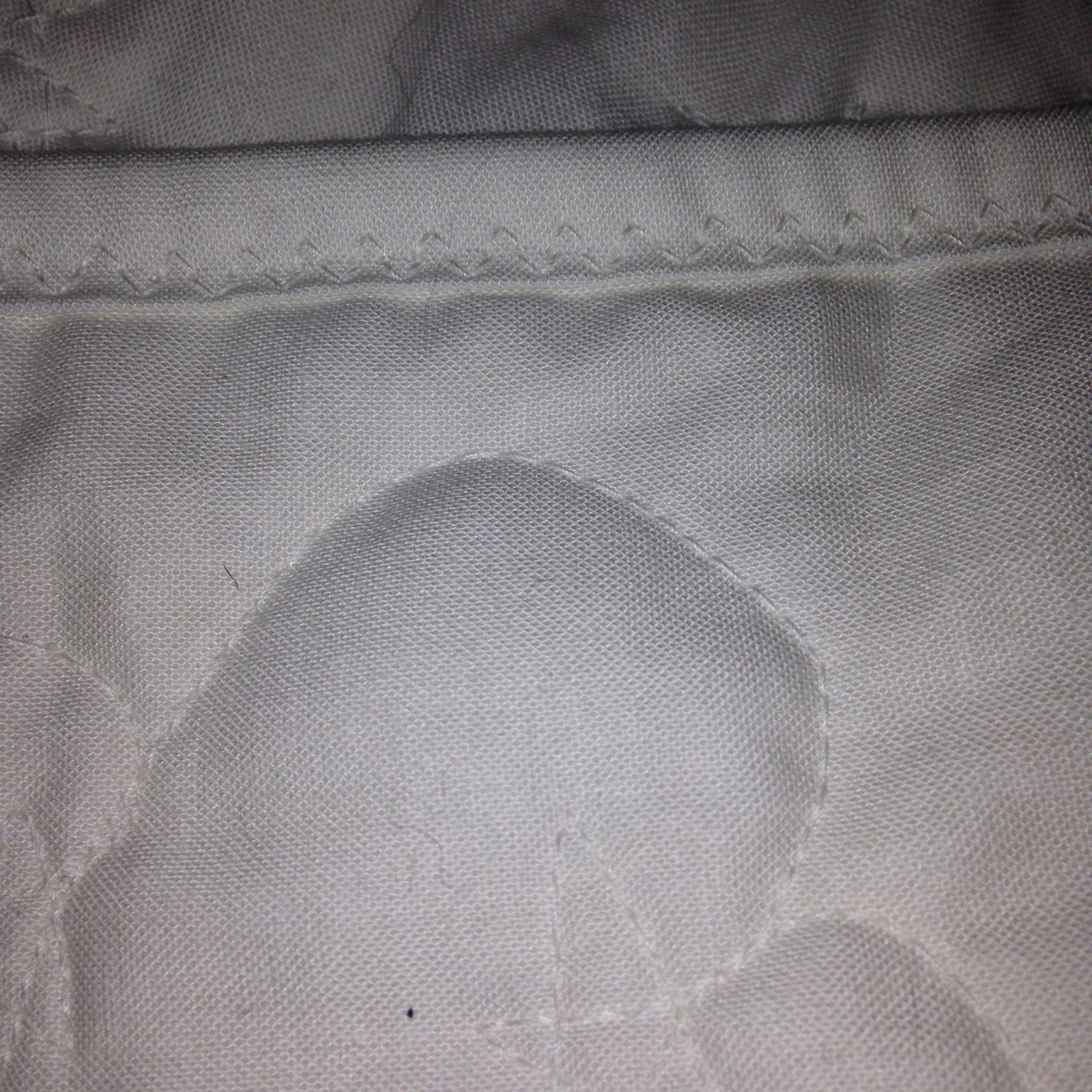 When I was finally done with the quilting, I buried the threads I hadn't buried while quilting, squared up the quilt, and made my binding. I used another new technique, attaching the binding to the back of the quilt and using a decorative stitch to secure the binding to the front. Unfortunately my tiny machine has very few options for stitches and what I really wanted was the vines from my short-lived Brother. But I made do. And that was it, one finished quilt in a weekend. I actually did it!

Oh, and no embroidery of initials and year necessary, I FMQ'ed that sucker into the quilting itself. How cool is that!

I think the thing that kept me going, besides sheer obstinacy, was the positive feedback I got on Instagram and Flickr. I can do it, but I don't think I'll ever repeat this experiment. Next time I'll leave myself a few more days. 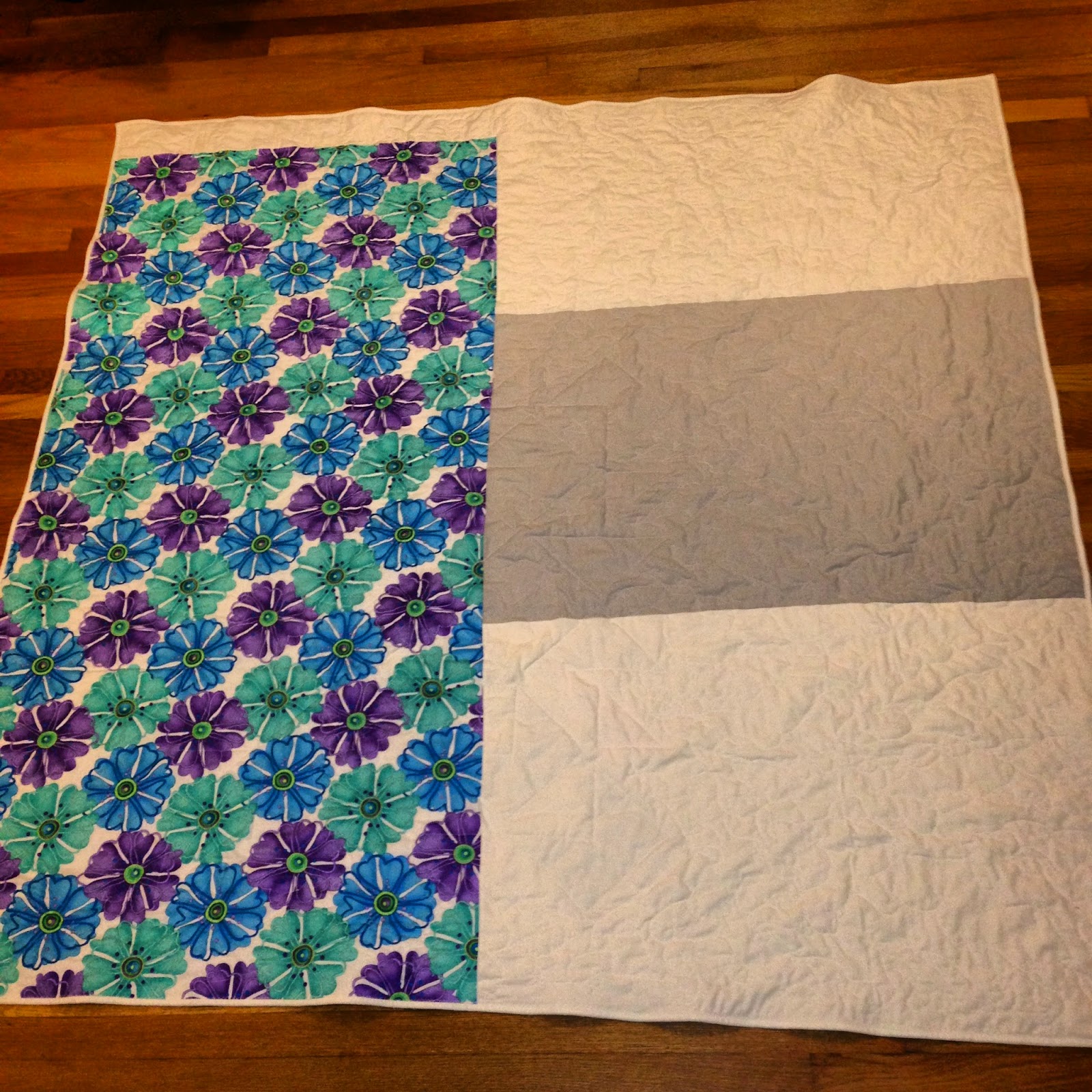