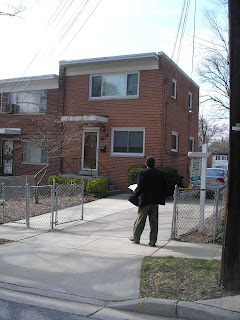 Well, the perfect house from the last post didn't work out quite like expected. Apparently there were several other people who thought the same thing we did. Oddly enough I'm not in the least disappointed. DH, on the other hand, really wanted this to work out. But I had several reservations, like the lack of driveway and the distance to the Metro. Other than that, it was great. But we'd actually found a house a few weeks before that I can't get out of my mind. It's on the smaller side, but it's really well maintained. It's close to the Metro, has a driveway, and all the stuff we wanted. 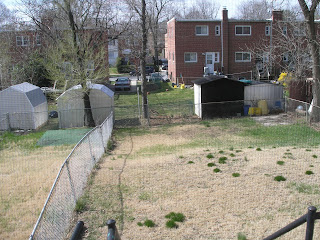 Including storage in the basement and a dishwasher. It even has a fenced yard that is just waiting for us to put our stamp on it. We've been using it as our "yard stick of perfection," and measuring all other houses against it. 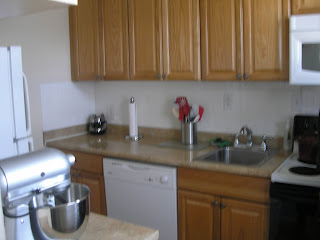 The kitchen is a bit on the small side and it might get crowded once we start having kids, but I know we can make it work. I already have a plan for how I want to arrange the furniture. That was one of my other problems with the first house, the layout was less than ideal, and I couldn't figure out how everything would work with the furniture. 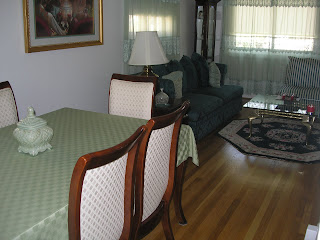 Anyway, we've been debating back and forth about this place. And we couldn't seem to come to decision. But since the first house didn't work out, and we still haven't seen anything else to measure up to this one, we've finally decided to put in an offer. I'm extremely excited!
Posted by Anna at 7:11 PM