Earthquake and Tsunami in Japan

Usually I don't follow the news. I get my updates at the end of the day when DH comes home from work. And even then I only hear about it, if it's major. So I was really impressed that I knew about the earthquake and tsunami warnings in Japan only minutes after it happened. Why, because I got lucky. Someone had posted on Facebook that they couldn't believe the fire and flooding that they were watching Live. So of course, I had to google "fire and flooding" and I managed to get the first updates about the earthquake in Japan and the tsunami that followed as it was happening. 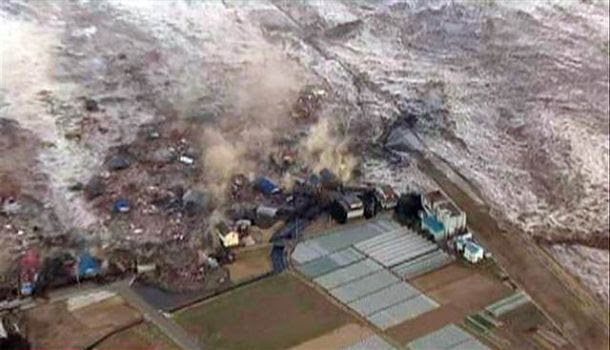 That being said, my heart goes out to the people of Japan and everyone else caught in the path of the resulting tsunamis. Tsunami warnings are in effect all along the West Coast of North, Central and South America. Waves have hit Hawaii and were only slightly higher than average and the evacuation seems to have been a success. Reports of tsunami waves hitting Alaska's Aleutian Island chains vary from 5 feet to 18 inches. Worst hit was northern Japan, with waves reported at 13 feet.

I've seen so many comments about mother nature being angry or that this signals the end of the world, etc. That the tsunami looked like the one in the movie 2012. I think that's all fear mongering. Granted, natural disasters have recently seemed to gain in intensity. But for every earthquake, tsunami, volcano, bad hurricane, etc. I can point to a like natural disaster at some point in history. And the earth hasn't ended yet.

And while I'm an environmentalist with a very real appreciation for how much human activity can screw with the workings of nature, I just don't think that an earthquake occuring deep in the ocean was related to anything we are doing. So, it's not the action of some sentient nature spirit, or a higher power, or the end of the earth punishing us for our collective sins. It's a natural occurance which triggered another natural occurance. I'm pretty sure if mother nature were actually sentient, we'd see much more targeted disasters (forest fires to discourage loggers, tsunamis to discourage overfishing, earthquakes to protest urban sprawl, droughts to protest overuse of water, flooding of strip mines, etc.).
Posted by Anna at 11:45 AM